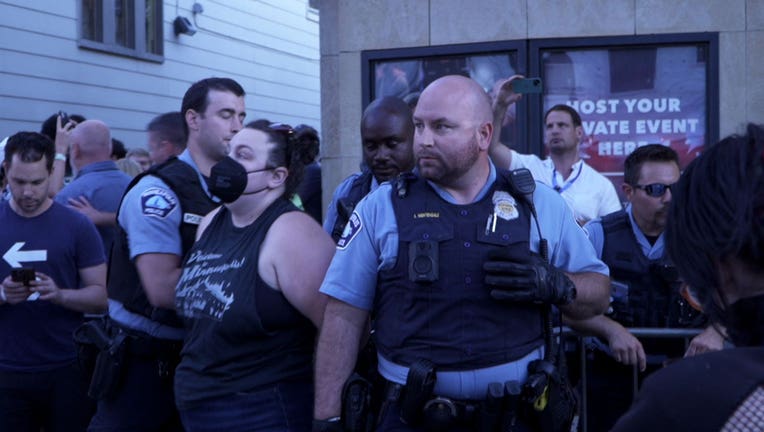 MINNEAPOLIS (FOX 9) - The two protesters who were arrested by Minneapolis Police outside Dave Chappelle’s show Friday at the Varsity Theater and then jailed over the weekend have both been released without being charged — though the cases still remain open and active.

So far, police and jail records indicate that five people were arrested at the protests, which were in response to comments Chapelle made last year questioning trans identity. Two of those arrests were on suspension of vandalism, possibly related to sidewalk chalk. A third person was arrested on suspicion of fourth-degree assault (less than substantial bodily harm) and riot, a fourth on suspicion of assault and riot, and a fifth person on suspicion of fleeing from police and riot.

All but two were quickly released. Over the weekend, activists organized a campaign on Twitter asking people to call the Hennepin County Jail to call for the release of two of the protesters who were still incarcerated at the time. 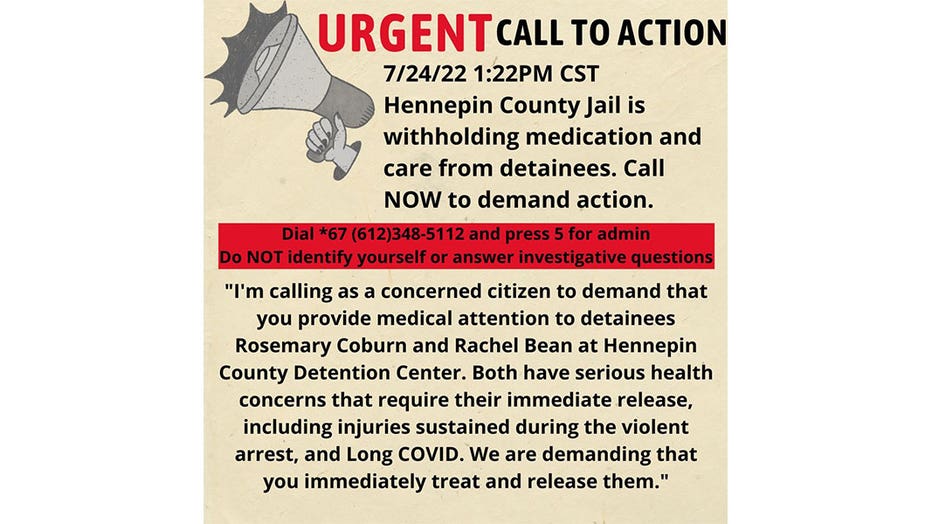 A flyer that was widely circulated online calling for the release of two protesters who were detained outside the Dave Chappelle show at the Varsity Theater last Friday.

On the other side of the political spectrum, a prominent right-wing social media personality, Andy Ngô highlighted the cases for his one million followers, describing the protests as "violent" and "ultra-left wing," while conservative US media outlets and a conservative British tabloid also covered the arrests.

In a city where violent crime is an almost daily occurrence, the incidents in question here could be seen as minor, but considering the amount of public attention and speculation they received, as well as the fact that MPD's ability to respond to appropriately and effectively to protests has been repeatedly called into question in recent years, we decided to take a closer look.

So what happened? Police haven't forwarded the cases to prosecutors

According to Minnesota court rules, when the police arrest a suspect, authorities have 36 hours to charge them with a crime and bring them before a judge before they have to be released. The way this typically occurs is that when the police complete their investigation, they forward the case file to prosecutors, in this case, the Hennepin County Attorney’s Office, who then decide what changes, if any, they will seek in the case.

The Hennepin County Attorney's Office confirmed to Fox 9 that the Minneapolis Police Department did not forward the case files for the two arrested protesters to their office, meaning prosecutors have yet to review the cases or considered whether charges would be warranted. So far, according to the Hennepin County Attorney's Office, the two protesters who were arrested outside the show and then jailed over the weekend have not been charged with a crime.

The vandalism charges are misdemeanors that go through the City Attorney's office, not the Hennepin County Attorney's Office. Court records show that the city has pressed charges in both of those cases.

Police records indicate that the cases for the two protesters who were detained over the weekend remain open, meaning police still forward the cases to prosecutors at a later date, up until the statute of limitations for the crimes in question expires, which in this case could mean up to three years.

Protester speaks out after release

One of the two protesters who was detained over the weekend, Rachel Bean, 35, was arrested on suspicion of assault and riot.

She spoke to Fox 9 after her release. She declined to comment on the specifics of what happened as her case is still open, but said that any claims made on social media that the protests had been "violent" were inaccurate.

"From my perspective, up to and including the time I was arrested, the most violence I saw came at the hands of the police. They maced non-violent protesters as well as arresting protesters for ‘crimes’ such as using sidewalk chalk," she said. "They tightened my handcuffs and grabbed my arms so tightly I still have bruises today. Nothing any protester did was more violent than those actions."

MPD did not respond to a request for comment.

The moments leading up to Bean’s arrest were captured by independent journalist Nadia Shaarawi, who was on the scene and filming for BLCKPress. So far, no other footage has emerged capturing any of the other arrests or what lead up to them that night.

Fox 9 reviewed the footage, which was filmed outside the theater entrance. The protesters were separated from the front of the building by a metal barrier, with police and private security standing guard on the other side.

The scene has the tone and civility of a newspaper comment section, with both sides filming the other and exchanging insults, but the footage doesn't capture any physical altercations. Officers seem to stay mostly calm throughout and remain unfazed when called "Pigs" or during anti-police chants. The one exception being one moment when a female officer by the barrier yells something at a group of protesters and then spays them with mace.

The section of the footage that depicts the moments leading up to Bean’s arrest was taken after Chappelle’s first show had ended.

The video shows a man and a woman, evidently a couple, approach a Minneapolis police officer and point to Bean, who is nearby.

The officer then turns and says something to Bean, who replies, "I didn’t touch anybody." A witness at the scene told Fox 9 that the man was showing the officer a mark on his girlfriend's arm. As they continue to talk to the officer, Bean stands to the side and puts her hands behind her back, seemingly waiting for the arrest. Officers then move toward her and arrest her, handcuffing her hands.

When a case is still open, police do not release the full report but a public version that is shortened. In this case, the narrative section of the public report reads: "Ofc. were flagged down at listed location for an Assault. Listed victim was assaulted by listed suspect that was still on the scene. Ofc. arrested listed suspect."

The report indicates that the woman who accused Bean of assaulting her had an "apparent minor injury." It doesn’t say that officers saw what happened between Bean and the woman, and that critical moment was also not captured by the footage.

Note: This article was corrected to reflect the fact that the two protesters who were arrested on vandalism charges were charged by the Minneapolis City Attorney's Office.