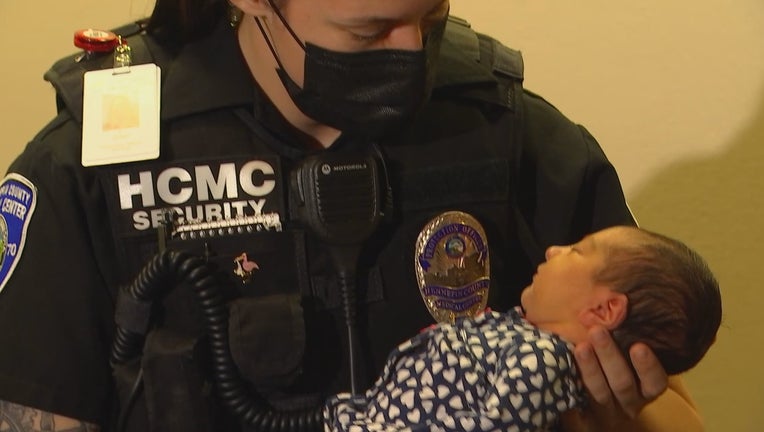 Security Officer Tiffany Owen delivered a woman's baby on the curb outside Hennepin Healthcare downtown Minneapolis last week. The child's parents were so grateful that they named the girl Tiffany.

She and her husband thought they had time, but their baby had other plans. The couple was about 10 minutes away from the hospital, but she remembers it feeling like "forever."

Newborn named after security officer who delivered her outside hospital

A security officer at Hennepin County Medical Center jumped into action to help a mother delivery her baby at the curbside of the hospital.

Their fourth child was on the way the morning of March 18 so her husband drove her to the hospital, assuring her along the way that they’d make it.

They didn’t make it to Hennepin Healthcare’s Birth Center, but they came close.

"The second we pulled up to the emergency doors, she decided to start entering the world," Gonzalez said. 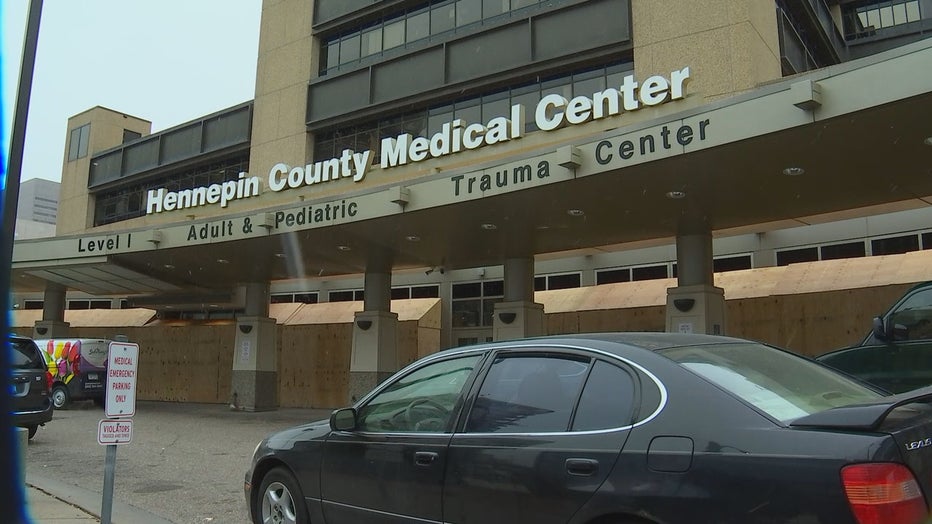 Her husband ran inside the hospital for help and security officer Tiffany Owen wasted no time to act.

"When I got out to the van, Lacey was sitting in the van and I saw the baby’s head sticking out an inch," said Owen.

She called the experience "overwhelming."

"She came to the rescue and the whole time I kept looking at her eyes and all I could see was courage," said Gonzalez of Owen’s poise. "And I knew everything was going to be OK."

Not long after the birth, their new daughter had a new name: Tiffany.

Baby Tiffany is doing well after arriving one week early. As for security officer Tiffany, the special curbside delivery is still sinking in.

"One of the most amazing moments of my life," said Tiffany Owen. "Still trying to understand what happened a week ago."

Recognized for her efforts, Owen is now an honorary midwife, which her 10-year-old daughter thinks is very cool.