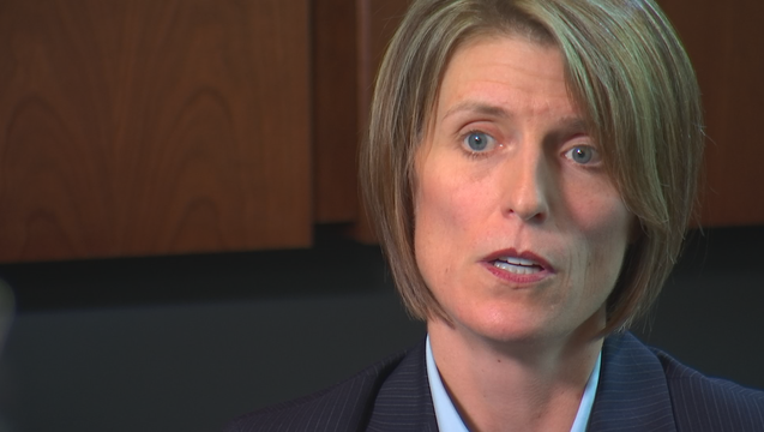 MINNEAPOLIS (KMSP) - There’s a new top agent leading the Minnesota office of the FBI and she has an extensive background in counterterrorism.

Special Agent Jill Sanborn is a 20-year veteran of the Bureau, who has spent most of her career overseeing counterterrorism operations around the country and the world. Her first assignment was actually 9/11.

“I remember people jumping out of windows and it hit home with me,” said Sanborn. “I didn’t want America to face that again … Our growth as an intelligence organization is to get ahead of the threats.”

She’s been on the job in Minnesota only eight weeks, but Sanborn says she already knows the top threat facing our region: homegrown violent extremism. She says while the threat years ago was from big, 9/11-type attacks, now the concern is online propaganda.

“Family members can spot that radicalization early on,” said Sanborn. “You’re looking for differences in behavior. All of a sudden your kid is doing something different, and peel back the onion of what the difference is. Are they online consuming a lot of extremist behavior? That’s probably an indicator a family should be concerned about.”

Sanborn is one of only nine women heading up 56 FBI field offices. She says one of her major goals is hiring people with more diverse backgrounds.