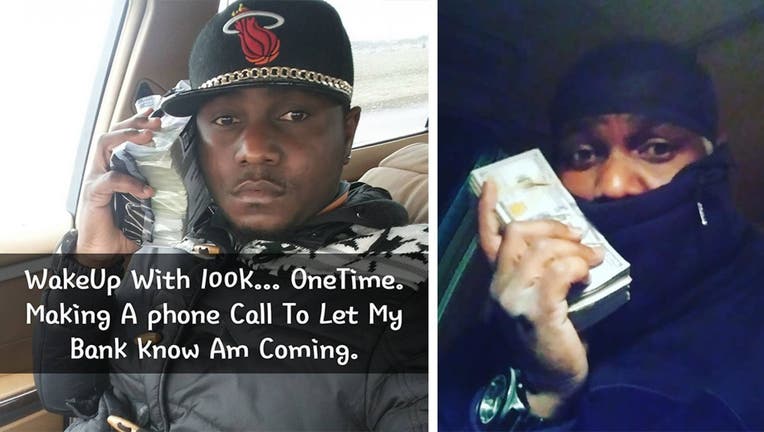 Rubbin Sarpong, 35, of Millville, N.J., has been charged with conspiracy to commit wire fraud after he and others “met and wooed the victims” on online dating sites, New Jersey U.S. Attorney Craig Carpenito said on Wednesday. (United States Attorney’s Office, District of New Jersey)

FOX NEWS - A New Jersey man posed as a member of the United States military on dating websites to bilk more than 30 women out of $2 million, the U.S. Attorney’s Office announced.

Sarpong allegedly scammed the victims for nearly three years by telling them he needed money to ship gold bars to the United States, according to federal prosecutors.

Sarpong and his alleged conspirators, mostly based in Ghana, set up profiles on dating websites using made-up or stolen identities and posed as U.S. military personnel stationed overseas, according to the criminal complaint.

After virtual romantic relationships started to develop on the online dating platforms and through email, Sarpong and his conspirators allegedly asked them for money.

The most commonly used story was that they were stationed in Syria and awarded gold bars, authorities said. They told many victims that the money would be returned once the gold bars arrived in the U.S., according to prosecutors.

Federal law enforcement agents said Sarpong and the others collected over $2.1 million over the years, with Sarpong personally receiving more than $800,000.

One person sent Sarpong $48,000, according to court documents, which showed that he also received $46,800 from another.

Sarpong has posted photographs of himself on Instagram posing with stacks of cash, luxury cars and expensive jewelry.

He could face a maximum of 20 years in prison and a $250,000 fine if convicted on the count of conspiracy to commit wire fraud. A bail hearing was scheduled for Friday.

Prosecutors said Sarpong was being represented by Assistant Federal Public Defender Lori Koch, who did not immediately respond to Fox News' request for comment.