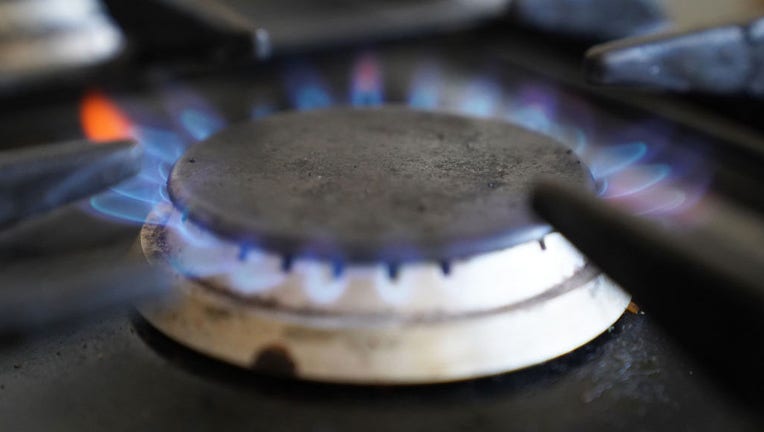 It’s estimated that some 40 million U.S. homes have natural gas stoves. They’re often touted as being a more precise heating tool for cooking, but they can be pricey — and potentially harmful to both human health and the planet.

Research on gas stoves has pointed to concerning health issues, such as childhood asthma. Academic researchers, like Dr. Jonathan Levy, an environmental health professor at Boston University, have also warned about how such appliances can release hazardous air pollutants even when they’re turned off.

"How can one gas stove contribute more to your exposure than an entire highway full of vehicles? The answer is that outdoor pollution disperses over a large area, while indoor pollution concentrates in a small space," Levy wrote in a piece published this week by The Conversation.

Cooking with gas stoves creates nitrogen dioxide (NO2), which is a byproduct of fuel combustion and a known lung irritant, according to the U.S. Environmental Protection Agency. NO2 exposures in homes have been associated with more severe asthma and increased use of rescue inhalers in children in previous studies.

In one analysis of observational research published in 2013, children living in households that use gas stoves for cooking were found to be 42% more likely to have asthma.

NO2 can also affect adults with asthma, and it can contribute to both the development and exacerbation of chronic obstructive pulmonary disease, Levy noted, citing two different studies.

Researchers, including Levy, have also warned about methane and other hazardous air pollutants of concern from gas stoves. Methane is a potent greenhouse gas that traps heat in our atmosphere, worsening climate change.

A Stanford study published this year tested gas stoves in 53 homes, all of which leaked methane gas, even when turned off. Over a 20-year period, emissions from gas stoves in homes across the United States could be having the same climate impact as the annual carbon dioxide emissions of half a million gas-powered cars, the study estimated.

The researchers noted how neither emissions of methane nor nitrogen dioxide were related to the age or the price of the gas stove.

Another recent study, published in June, found that gas being piped into 69 Boston-area cooking stoves contained a wide array of hazardous air pollutants, including benzene — which is known to cause cancer — as well as toluene, ethylbenzene, xylene, and hexane. Benzene was detected in 95% of samples taken.

Here is a look at what benzene is, where it's found and how it can affect those who are exposed.

Furthermore, 5% of homes in the study had a leak that the owners had not detected and were large enough to require repair.

"While measured concentrations of benzene did not reach health thresholds of concern, the presence of these hazardous air pollutants could be problematic in homes with substantial leaks and poor ventilation," Levy said of the Boston-area study.

I have a home with a gas stove. Now what?

How much indoor pollution residents get from a gas stove is affected by the structure and size of the home, research shows. Those who live in larger homes, have a working range hood that vents to the outdoors, and have well-ventilated structures overall are less likely to be exposed than those in smaller homes with poorer ventilation, Levy says.

Homeowners with a gas stove in their kitchen are encouraged to do what they can to improve ventilation, such as running a range hood that vents to the outside and opening kitchen windows while cooking.

"This will help, but it won’t eliminate exposures, especially for household members who are in the kitchen while cooking takes place," he writes.

Those who live in smaller homes or one with a smaller closed kitchen may still have concerning exposure even with good ventilation. This also includes anyone in the home with a respiratory disease like asthma or chronic obstructive pulmonary disease, Levy says.

The academic researcher noted current incentive programs that support changing from a gas stove in an effort to slow climate change. The recently signed Inflation Reduction Act of 2022 offers rebates for the purchase of high-efficiency electric home appliances, such as stoves, as part of the provisions to address climate change.

Levy pointed to the increasing interest in magnetic induction cooktops, which heat almost instantly by generating energy from an electromagnetic field below the glass cooktop surface, according to Consumer Reports. It then transfers current directly to magnetic cookware, causing it to heat up.

Consumer Reports notes that induction ranges are more environmentally friendly, they cook faster and more precisely. But they can also be pricey and expensive when converting a kitchen from gas to electric to install the necessary outlet. Most pans, including stainless steel and cast iron, are compatible with induction, but some aren’t — such as those made of aluminum and anodized aluminum, the website notes.