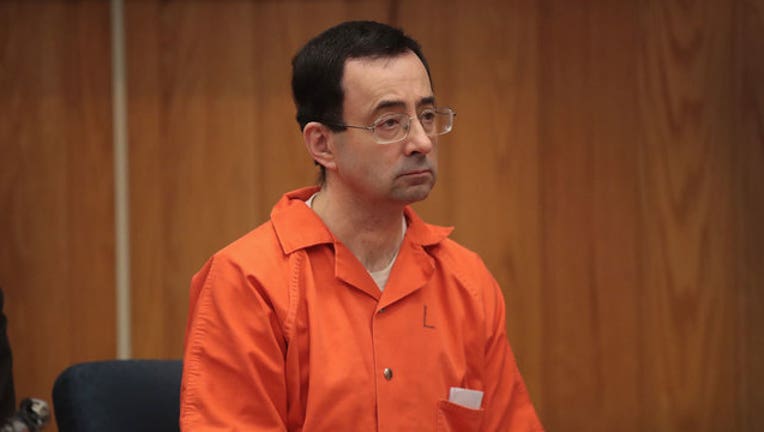 Larry Nassar sits in court listening to statements before being sentenced for three counts of criminal sexual assault in Eaton County Circuit Court on February 5, 2018 in Charlotte, Michigan. Photo by Scott Olson/Getty Images)

LANSING, Mich. (AP) - Attorneys for imprisoned former sports doctor Larry Nassar say he was assaulted in May after being released into the general population of a federal prison.

The Detroit News reports Wednesday that Nassar's lawyers disclosed the assault in motions seeking that he be re-sentenced by a different judge for molesting young athletes.

Nassar is serving a 60-year child pornography sentence at the U.S. penitentiary in Tucson, Arizona - the country's only federal facility that is classified as high security and also has a sex offender management program. The legal motions do not specify the nature of the assault.

Nassar, 54, will be locked up for the rest of his life under decades-long sentences for molesting athletes with his hands and possessing child pornography.