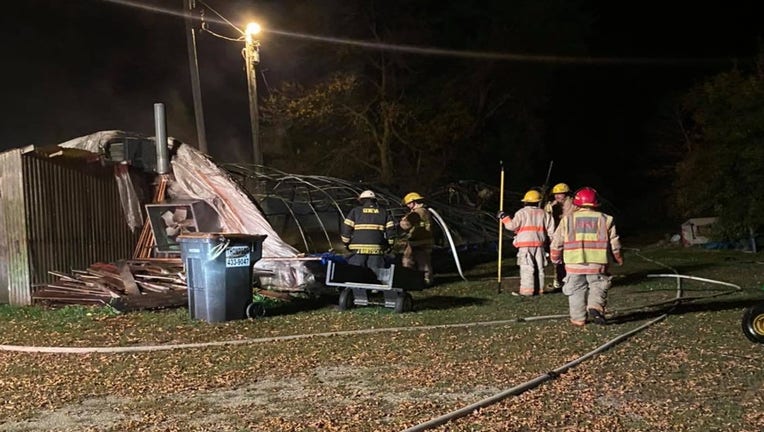 More than 100 rabbits died in a barn fire in southern Minnesota.

(AP) - A fire in southern Minnesota has claimed the lives of more than 100 rabbits.

The fire broke out in a barn north of Hollandale on Sunday night, the Albert Lea Tribune reported. The Freeborn County Sheriff's Office says a neighbor walking nearby saw the fire and reported it.

The sheriff's office says 117 rabbits died in the blaze. Three survived. The cause of the fire remains unknown but authorities say they don't suspect any foul play.

In a statement, Schoonover Rabbitry wrote, "Safe to say last night was an awful night, rabbit barn/greenhouse burned down unexpectedly. Only three rabbits survived. Feeling completely overwhelmed, very thankful for the local fire departments and are kind neighbor who alerted us to the fire. One of the survivors (a favorite actually) shown in the pic below is at home in the house now. We are planning to rebuilt, but will take some time."