Half Time Rec in the Como Park neighborhood is known for the bocce ball court in the basement, but its other claim to fame is a connection to one of the most iconic movies ever made in Minnesota.

(FOX 9) - Half Time Rec in the Como Park neighborhood is known for the bocce ball court in the basement, but its other claim to fame is a connection to one of the most iconic movies ever made in Minnesota.

"It's a big part of the tradition here. People come in just to say they had a beer at the bar from Grumpy Old Men," Half Time Rec bar manager Steve Mars told FOX 9.

The bar is featured in a pivotal scene in the movie starring Jack Lemmon and Walter Matthau, as two bickering neighbors feuding over the affections of new neighbor Ann Margaret.

Mars says that from the pictures behind the bar, to the instantly recognizable red door –  there are nods to the watering hole's cinematic past.

But it was the Christmas lights that convinced location scouts it would the perfect place to film the scene, which is set on Christmas Eve.

"When you talk about a movie that is so iconic for a Christmas movie, and being shot in Minnesota – it's a big deal to have our state attached to that movie," said Mars.

The head of the Minnesota film board at the time Randy Adamsick says Grumpy Old Men was shot in Minnesota in early 1993, largely because it was written by Hastings native mark Steven Johnson from his memories of going fishing with his grandfather.

Even though the movie is set in Wabasha, it was actually filmed at various locations around the Twin Cities as well as Fairbault, Red Wing and Lake Rebecca in Rockford. The interiors of the main character’s houses were recreated on sound stages at Paisley Park. 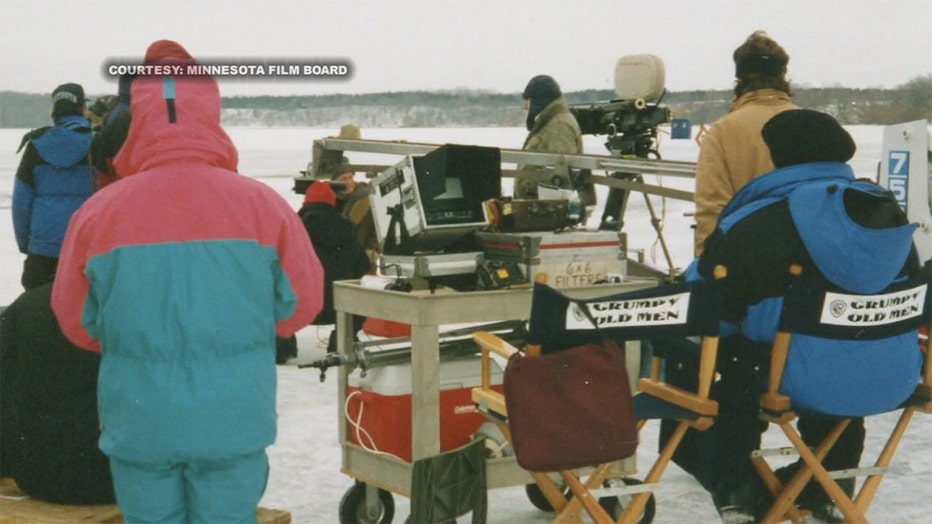 Half Time Rec in the Como Park neighborhood is known for the bocce ball court in the basement, but its other claim to fame is a connection to one of the most iconic movies ever made in Minnesota.

Adamsick says Lemmon and Matthau decided to do the movie because they wanted to work together again – decades after co-starring in classics like the Odd Couple.

While they didn't like the cold, they adjusted to winter here in Minnesota, and were a dream team on the set.

The movie was released later that year and became a sleeper hit, spawning a sequel that added Sophia Loren to the cast.

According to Adamsick, more importantly it gave the rest of the world a glimpse of life in Minnesota, and ushered in a new era of major movies being filmed here in the 1990's.

"They were looking for cheaper locations than Hollywood and we had all the ingredients – really great locations, great actors because of the theater scene, great crew because we had been a center for shooting commercials and the equipment, and then when we got the sound stage of Paisley Park it was like the last piece of the puzzle," he said. 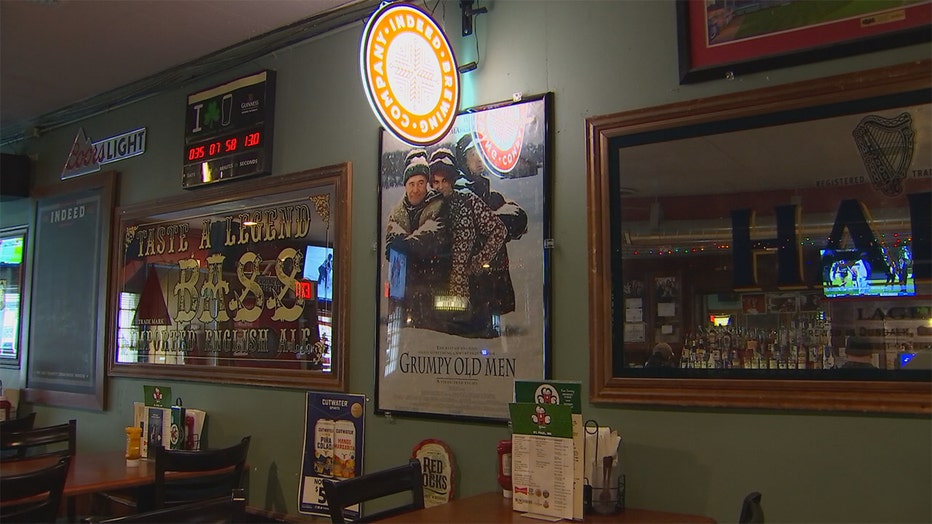 Half Time Rec in St. Paul served as a filming point for scenes in Grumpy Old Men, and still pays homage to the film today.

He credits the parts he played in a handful of films made in Minnesota in the 90's, including Marge Gunderson's husband Norm in Fargo – for allowing him to move from the Guthrie Theater to Los Angeles, where he has had a lengthy career.

Connections to the film can be found all across the state.

The house John Halfen grew up in on Hyacinth Avenue near Lake Phalen also plays a major role in the movie, as do a couple of other houses across the street.

He says his father John, a world war two veteran, didn't want to be bothered by a Hollywood film crew, until neighbors pressured him and he received $12,000 – as well as new roofing, shutters and siding for participating.

"It was just a perfect match with what they wanted do – lots of snow they could have on the lawn for snowmobiles, lakes around for fishing; just a typical Minnesota kind of a setting," Halfen said.

Halfen says his dad eventually enjoyed hanging out with the stars who would talk with him on his porch between scenes.

His father has since passed away, and the house was sold a couple of years ago, but Halfen is grateful his childhood home has been immortalized on the silver screen.