Usually on Christmas Eve, Minnesota looks like a winter wonderland. But this year, Mother Nature has the state in a warm embrace for the beginning of the holiday season.

GOLDEN VALLEY, Minn. (FOX 9) - Usually on Christmas Eve, Minnesota looks like a winter wonderland. But this year, Mother Nature has the state in a warm embrace for the beginning of the holiday season.

"It's nice, but it's also weird. I'm sad that all the snow is melting. But it looks like next week is going to be cold, so it's just up and down," said Michael Jacobs while jogging around Lake Harriet on Friday afternoon.

In addition to the parkas and winter hats, there were plenty of t-shirts and shorts taking a lap around the lake.

"I have all my winter running stuff ready, and I don't even need it," said Jacobs. 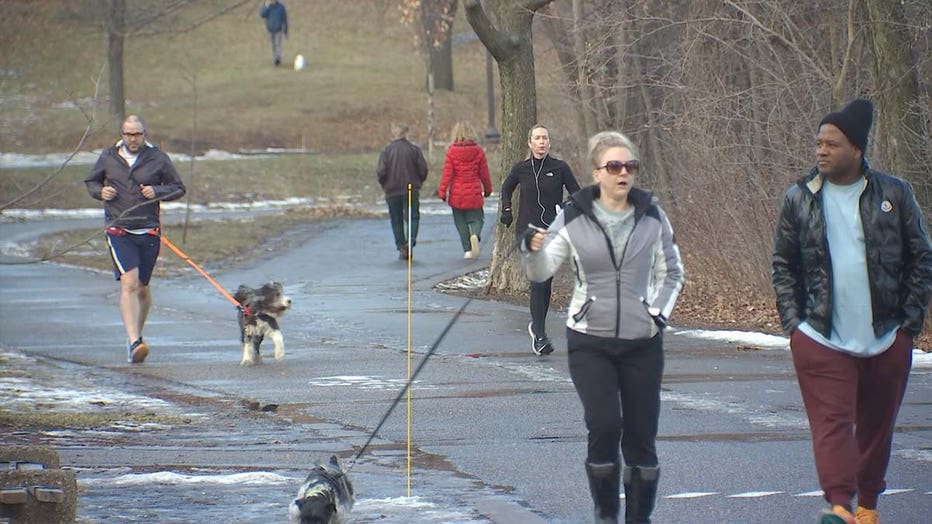 "I was inside the steamy house making pierogies, but everyone else was really comfortable outside," said Korab.

He usually holds the festivities in his house, but this year because of COVID-19 and the mild weather, he moved the celebration of the polish dumplings outdoors.

"It's a blessing today. I'm a winter guy, so I'd rather have it cold and snowy, but this worked out perfect for us," said Korab. 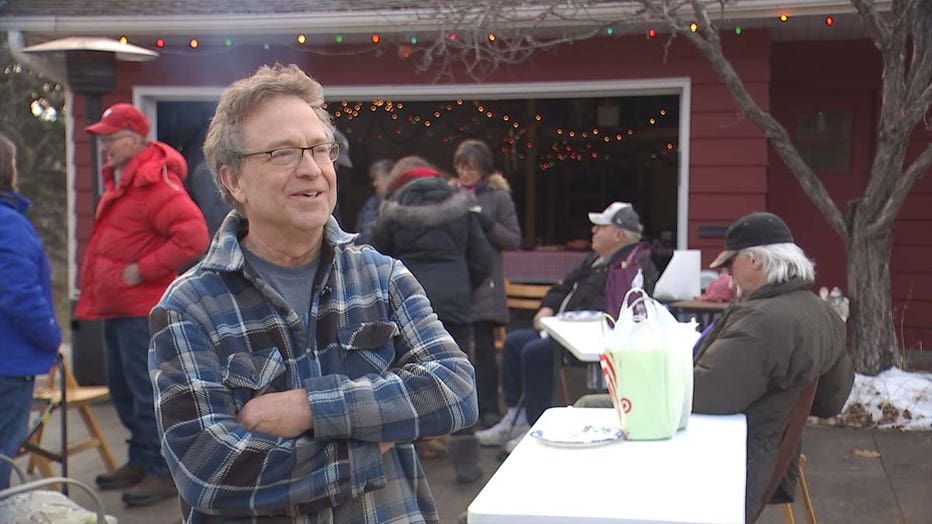 Thanks to the warm weather, Rick Korab's annual pierogi party was held outside this year. (FOX 9)

But skaters at Central Park in Maple Grove were actually looking for a taste of winter.

"It's remarkable. It's nice. It's warm. We expect that the ice will be great tonight," said park visitor Tom Gau.

Since their dreams of a white Christmas have been dashed, they'll have to put them on ice until next year.

"I can live with it. It's just a great time whether it's white or not. It's Merry Christmas," said Gau. 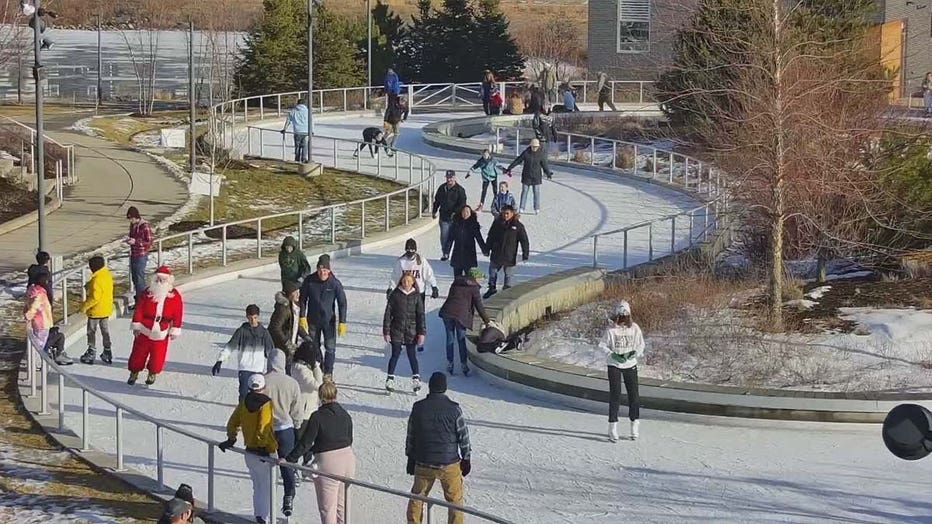