Minnesotan among the first to view Queen Elizabeth II's coffin

A Morris, Minnesota, man was No. 18 in line to pay his respects to Queen Elizabeth II. Andrew Israels-Swenson, whose mom is British, was the first American to see the queen's coffin as she lies in state in London ahead of her funeral. Lines to pay repects to the queen have stretched miles, with people waiting up to 24 hours.

(FOX 9) - A Minnesota man was among the first members of the public to pay their respects to Queen Elizabeth II as she lies in state in Westminster Hall.

Andrew Israels-Swenson, who is from Morris, Minnesota, was 18th in line to see the queen's coffin in London. He joined FOX 9 Good Day on Friday to talk about his experience (watch the video in the player above).

Swenson's mother is British and moved to the United States in the 1960s. The British royal family was always a big deal in his house, so after the queen died, he booked a flight to London for Saturday, Sept. 10. He got in line at noon (London time) on Tuesday, and spent 29 hours in line, with 24 of those hours seated on a bench.

He's staying in London through Monday, Sept. 19, when the queen's funeral will be held. He plans to watch it with some people he met in the line. 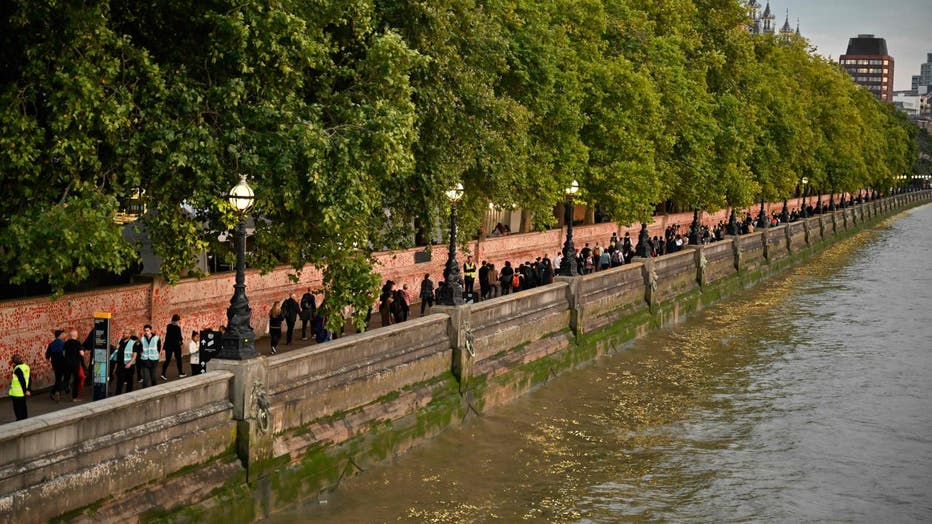 Members of the public queue on the pier between Westminster and Lambeth Bridge in London on September 14, 2022 to view the coffin of Britain's Queen Elizabeth II, lying in state at Westminster Hall. - The hall in parliament was opened for the public (Photo by LOUISA GOULIAMAKI/AFP via Getty Images)

Swenson is among thousands of people, from former soccer star David Beckham to London retirees, to wait hours in line to pay their respects to Queen Elizabeth II. The miles-long line was temporarily closed on Friday after reaching maximum capacity, with no more people allowed to join the line – hours before King Charles III and his siblings were to stand vigil in the historic Westminster Hall.

By late afternoon, a live tracker of the queue to get into historic Westminster Hall said it had reopened, but the British government warned that the waiting time to cover the 5 miles (8 kilometers) from the start of the line in Southwark Park to Parliament had climbed to more than 24 hours. The government also warned that "overnight temperatures will be cold."

The queen's funeral on FOX 9 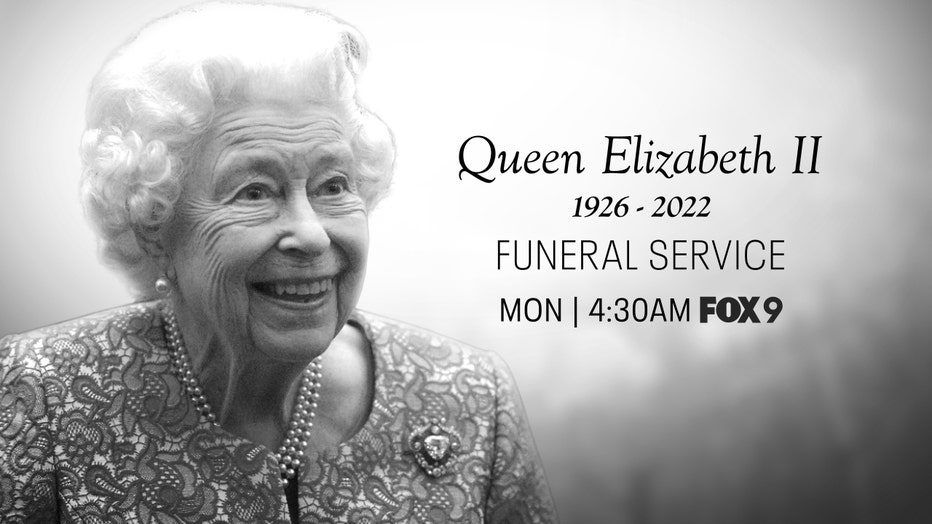 You can watch Queen Elizabeth II's funeral on Monday on FOX 9 and streaming live here, starting at 4:30 a.m.. FOX 9 morning news will air on FOX 9+.