You have until the end of Tuesday to vote on your favorite name for one of the new baby Amur tigers. The names are; Vostok, Vasya, Aleksei, Anri. The name will be announced tomorrow morning along with the names of the other two tiger cubs that are being named by the zoo. 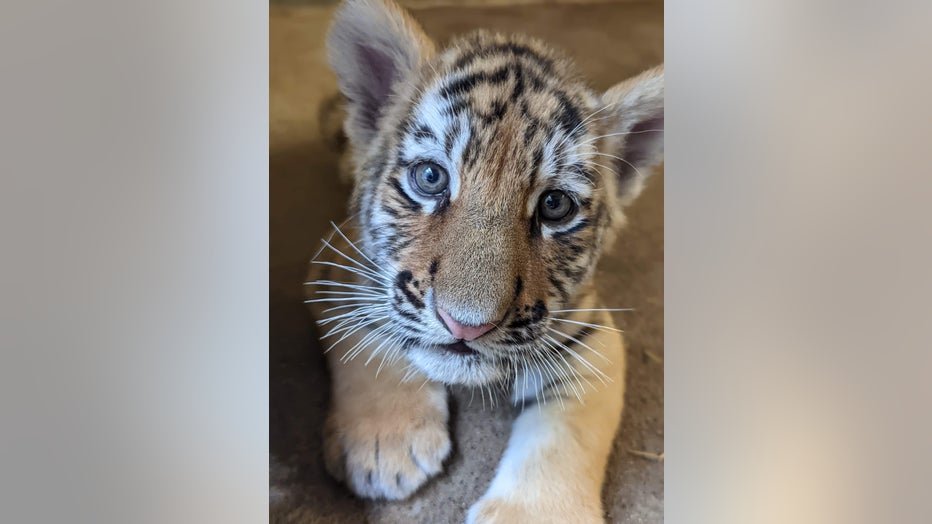 The Minnesota Zoo is asking for the public's help in naming this adorable Amur tiger cub. (FOX 9)

But look at that face!

One of the three adorable Amur tiger cubs is in need of a name and the Minnesota Zoo is asking for your help in choosing it.

The zoo announced Tuesday it will be putting the name of one of the male tiger cubs up for a vote. The options are Anri, Aleksei, Vasya, and Vostok.

The other male cub and the female’s cub names will be chosen internally.

All three names will be announced on Aug. 24.

You can vote online here.

Tiger cubs romp around their habitat at the Minnesota Zoo

The three cubs, born on Mother's Day, haven't yet been named, but are available for the public to see at the Minnesota Zoo.