Tracy Peck gave a random act of kindness that led to a search for her whereabouts those who received it more than two decades ago.

BLAINE, Minn. (FOX 9) - Tracy Peck still has the photo album from what would become a life-changing dream tennis trip to Paris, and the French Open in 1999.

On the flight home fate would put her next to a pair of sisters – just 12 and 17-years-old at the time – and the youngest unable to speak English; refugees fleeing war-torn Yugoslavia.

Peck recalls the pair were on their way to Iowa to stay with a brother when she said she wanted to help.

Peck put the cash – and her dangling earrings that the girls adored – into a hotel envelope and told them to open it when they landed and scribbled out a little note, signing it, with a heart.

A tiny gesture in Peck’s mind, but turns out it meant the world to the sisters who for years attempted to find her to say ‘thank you’. 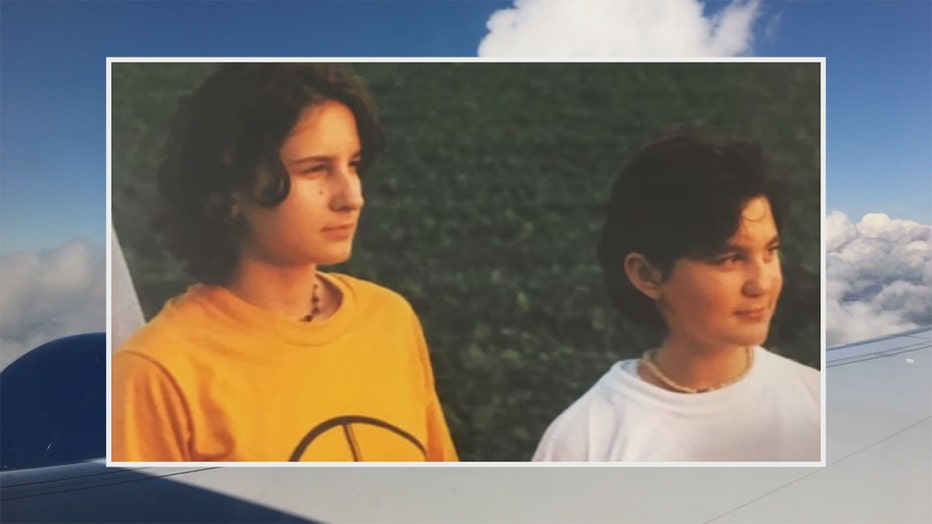 A photo of Ayda Zugay and her sister when they were younger, around the time of the flight.

In recent days Ayda Zugay used the power of social media and some help from a story on CNN to finally track down Peck in Blaine, Minnesota.

Peck’s daughter replied on Twitter – her friends reached her while she was out running errands.

"So I pulled over to the side of the road and I pulled up the story and I saw the envelope with my handwriting and I thought, ‘Oh my gosh, that's me they're looking for. It was just crazy," Peck said of the discovery.

The virtual reunion overwhelming was overwhelming, with Ayda and her sister now living successful lives in New England. As it turns out, they used Peck’s $100 to survive their first summer in America on powdered pancake mix and Coca-Cola. 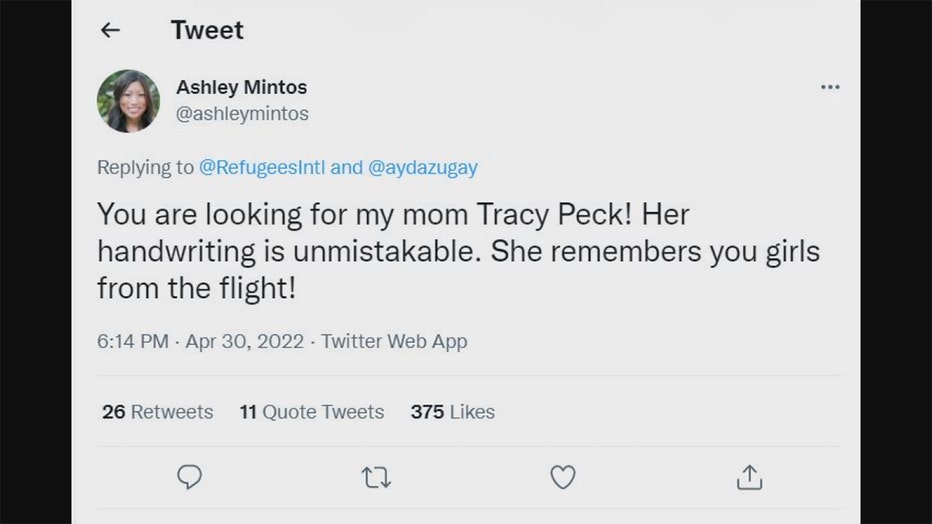 Ayda, who zoomed in on FOX 9’s interview Friday afternoon, now speaks a fluent English, and Tracy now has a full heart – recognizing it can take just a simple act of kindness to change lives.

"I really, truly feel like that we're all given a gift of kindness, whether from God or whatever. We all have a soul," Peck said. "We know the difference between right and wrong. So we look for that as we make those choices in life. We all have a gift of being kind, and so we just have to make that choice to be kind."