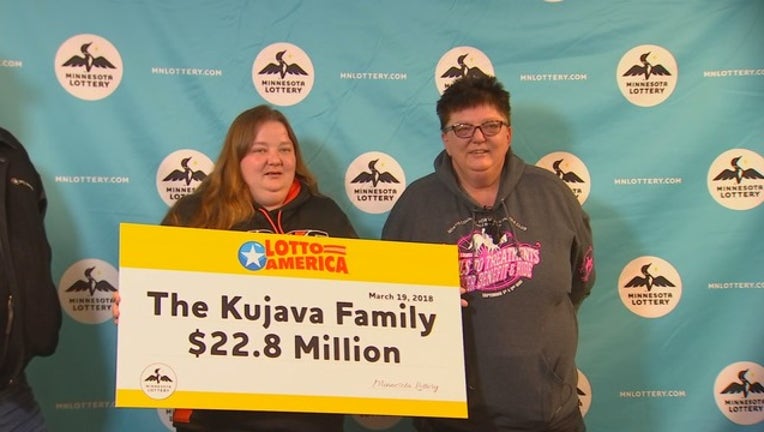 BADGER, Minn. (KMSP) - A Badger, Minn. woman is a whole lot richer after cashing in her winning lottery ticket.

Debbie Kujava bought a lottery jackpot bundle last week for $7. She forgot about it until two days later when she checked the numbers and thought she won $2 million, but it turned out she actually won $22.8 million from the Lotto America Jackpot.

"I took the tickets out, pulled out my cell phone looked at the number and looked at the phone and that was the last ticket I looked at and I can't believe this," said Kujava.

Kujava has already retired from her job as a nurse and plans to pay off all of her bills.