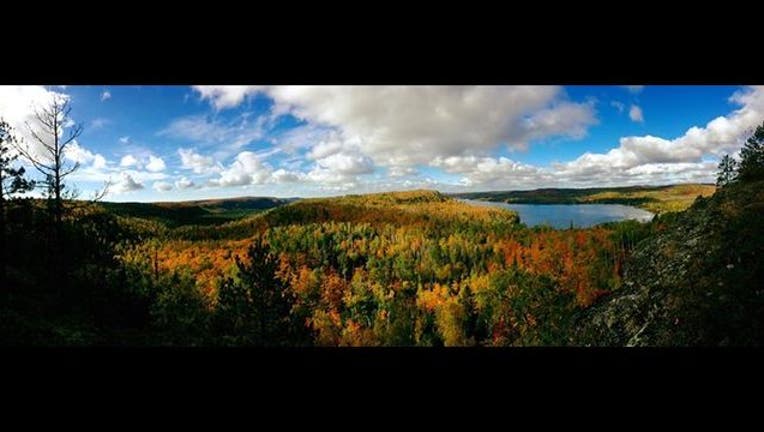 MINNEAPOLIS (AP) -- Pressure is building in Congress to take gray wolves in the western Great Lakes region and Wyoming off the endangered list, which would allow farmers to kill the animals if they threaten livestock.

Representatives from Minnesota, Wisconsin, Michigan and Wyoming have asked House Speaker Paul Ryan of Wisconsin for a fast floor vote before the season during which most cows and sheep will give birth begins in earnest. That followed testimony before a Senate committee a week earlier from the president of the Wisconsin Farm Bureau Federation, who said producers need to be able to defend their livestock and livelihoods.

Meanwhile, both sides in the debate are waiting for a federal appeals court to decide whether to uphold lower court rulings that put wolves in the four states back on the list or to let the U.S. Fish and Wildlife Service return management of the species to the states, which it has wanted to do for years.

Here's a look at some of the issues:

U.S. Rep. Collin Peterson of Minnesota, the ranking Democrat on the House Agriculture Committee, sent a letter co-signed by seven of his colleagues from the four states to House leaders urging a quick floor vote on a bill to return their wolves to state management. A key component of both is language that would prevent the courts from intervening.

The representatives said it's urgent because calving season is when cows and calves are most vulnerable.

"As you know, cows and their calves can easily be worth several thousand dollars, so each instance of a wolf attack has devastating economic impacts on ranchers and their families. Currently, ranchers and farmers have no legal actions available to deal with gray wolf attacks because these predators are federally protected," they wrote.

Peterson said in an interview that they very nearly passed a similar provision in the last Congress and that he thinks they have a decent shot at persuading Ryan to grant an early floor vote. Otherwise they'll try to attach the language to a bigger appropriations bill later. The legislation is similar to what Congress used to delist wolves in Montana and Idaho in 2011 after courts blocked the federal government's attempts to lift protections in those states.

"Wolves are not endangered," Peterson said.

The Senate's Committee on Environment and Public Works held an informational hearing Feb. 15 billed as "Modernization of the Endangered Species Act." Jim Holte, president of the Wisconsin Farm Bureau Federation, complained that it's been illegal for farmers in the region to kill wolves that prey on their livestock since wolves went back on the list.

"As wolf populations continue to increase, interactions between farmers, their livestock, rural residents and wolves continue to escalate without a remedy in sight," Holte testified.

The U.S. Fish and Wildlife Service has long contended that wolves in Minnesota, Wisconsin, Michigan and Wyoming have recovered to the point where they're no longer threatened, so hunting and trapping can be allowed under state control.

Gray wolves were once hunted to the brink of extinction in the lower 48 states, but they recovered under Endangered Species Act protections and reintroduction programs to the point where they now number around 5,500, according to the service. The combined gray wolf population of the three western Great Lakes states is now about 4,000, while Wyoming has roughly 400. The agency describes wolf numbers in those states as "robust, stable and self-sustaining."

But federal courts have blocked multiple attempts to take them off the endangered list, most recently in 2014. The U.S. Court of Appeals for the District of Columbia Circuit last fall heard oral arguments in challenges to those rulings but hasn't ruled on them yet.

Groups that support the federal protections say it's premature to lift them because wolves are still missing from most of their historical range. They've been able to persuade the courts that the terms of the Endangered Species Act requires recovery in more than just a few states, even though the Fish and Wildlife Service disagreed.

Brett Hartl, government affairs director of the Center for Biological Diversity, said he's skeptical that the latest congressional efforts will get much traction. He said Peterson and the other representatives who sent the letter are just sending a message to their constituents that they're still trying.