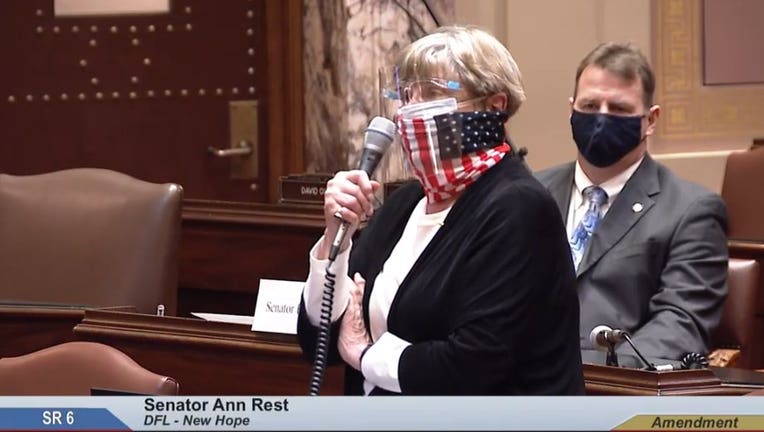 ST. PAUL, Minn. (FOX 9) - Minnesota Senate Republicans have rejected a mask mandate for members and staff in the Senate chamber.

The 36-31 vote encourages mask-wearing, but does not require them. All 34 Republicans and the chamber's two independents favored the looser policy, while all 31 Democrats backed the mandate.

"I encourage people to wear the mask. I wear a mask," Senate Majority Leader Paul Gazelka, R-East Gull Lake, said just before the vote. "But I don't think we should be mandating it." 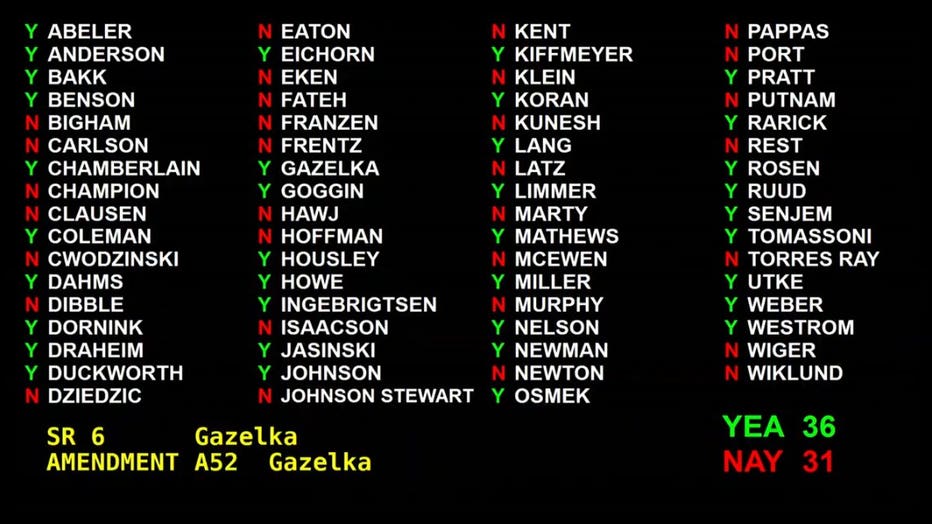 The 36-31 Minnesota Senate vote encourages masks, but does not require them.

Meanwhile, the DFL-controlled House put a mask mandate in effect on Wednesday. All members and staff must wear one, including when lawmakers are speaking on the floor. Members who violate it could face an ethics charge. Staffers could face discipline.

At one point, Sen. Ann Johnson Stewart, DFL-St. Louis Park, threatened to wear a swimsuit or a bathrobe to prove her point that certain attire is required on the Senate floor, including suit jackets. Another Democrat, Sen. Ann Rest of St. Louis Park, wore a face shield, mask, and neck gaiter and said it was the first time in the 10-month pandemic that she had come to the Senate floor in-person to debate an issue.

"If a face mask, covering, shield, gaiter is not in the public good, then I don't know what is," Rest said.

In December, Sen. Jerry Relph, R-St. Cloud, died of the coronavirus. Relph got the virus during a GOP caucus outbreak following a large, in-person dinner part that sickened numerous members and staffers.

Gov. Tim Walz on Thursday called on lawmakers to put several of his executive orders into law, including a mask mandate in indoor businesses and indoor public spaces. Walz suggested doing so would create a path to ending his ongoing, controversial peacetime emergency, which has lasted 10 months.