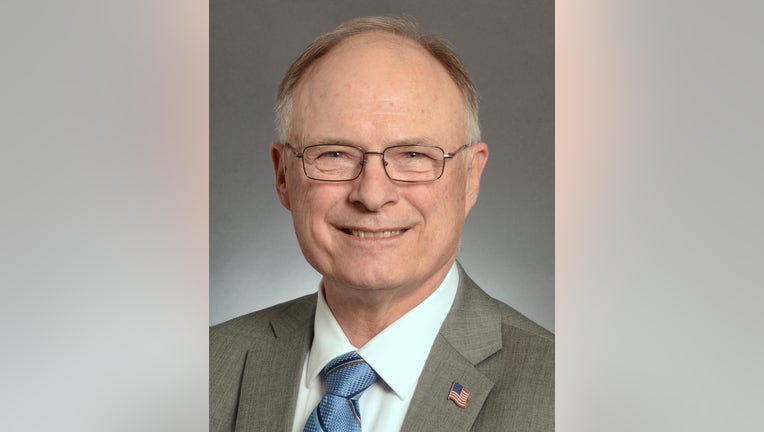 (FOX 9) - Minnesota Senator Jerry Relph, who represented the St. Cloud area, has passed away after a battle with COVID-19.

In a statement Friday night, the wife of Senator Relph said the Republican state senator passed away on Friday.

"I'm heartbroken to share that my husband, Jerry Relph, has passed away and entered his heavenly home," said Pegi Broker-Relph in a statement. "Jerry was a beloved husband, father, and grandfather. He was a Marine Corps veteran who served in Vietnam, an attorney, small businessman, and dedicated public servant in the Minnesota Senate."

The exact circumstances of Senator Relph's death were not disclosed. In a release, Senate Republicans say the family has requested privacy.

Senator Relph had missed time in recent weeks, including an important vote on a relief package this week, after contracting COVID-19 following a gathering of Republican lawmakers in November. The virus sent Senator Relph to the emergency room twice after the dinner party.

Earlier in the year, Senator Relph was a leader in passing funding for Minnesota to battle the COVID-19 pandemic, authoring the Senate's initial relief bill that authorized $21 million for the Minnesota Department of Health's response.

"I'm heartbroken to share that my husband, Jerry Relph, has passed away and entered his heavenly home. Jerry was a beloved husband, father, and grandfather. He was a Marine Corps veteran who served in Vietnam, an attorney, small businessman, and dedicated public servant in the Minnesota Senate.

"Jerry dedicated his life to service and representing Senate District 14 was one of the highest honors he had.I can’t count the number of times he would come home at night and tell me about helping solve a constituent’s problem, or a story he heard from someone in a parade or at a public event, or even just someone he met during a ‘day on the hill’ event. He loved serving the people of St. Cloud in the Senate, and he cherished every minute of it. Jerry loved diving into the issues, finding compromise, and working together to solve problems and I have no doubt he would have continued solving problems outside the legislature.

"I'd like to thank everyone at the legislature for the relationships and sense of family you provided for us over the last four years. I am profoundly grateful for all the love and support our family has received. From the bottom of my heart, thank you."