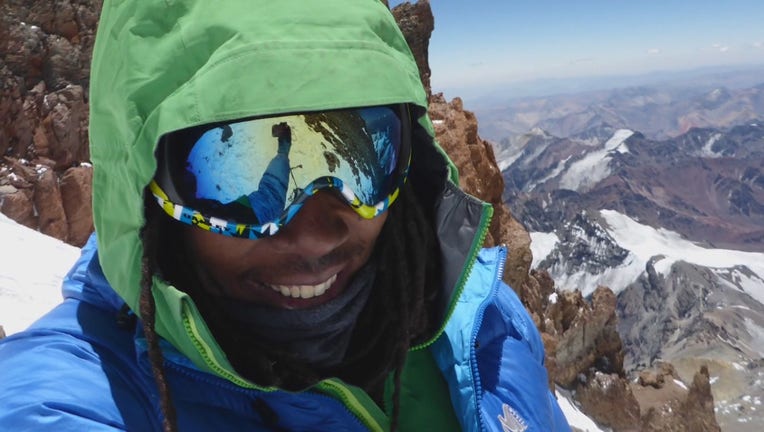 Eddie from Minnesota is one of the climbers who will be in the first all Black American group to reach the top of Mount Everest. (Eddie )

(FOX 9) - A Minnesota native will be part of the first-ever all-Black American expedition to the top of Mount Everest. Their goal is to bring more diversity to the great outdoors.

Growing up in Detroit Lakes, Eddie Taylor went to national parks with his family to enjoy the great outdoors. Now, his love of nature is about to come full circle.

A Minnesota man is among the first all Black American group to climb Mount Everest this coming year.

"I'm really excited. I know it’s going to be really hard, and I'm already mentally preparing for that, but mainly I'm just excited," he said.

Taylor is one of nine Black climbers who will attempt to reach the top of Mount Everest next year.

"Not a lot of people who look like me have been up there, and I think for someone looking to do that, not seeing someone who looks like themselves out there, really makes things harder."

The high school science teacher and track coach, who now lives in Colorado, said that of the roughly 10,000 people who have successfully reached the world's tallest peak, only 10 have been Black.

In addition to the monumental achievement, Taylor hopes the climb draws attention to the barriers African Americans face to outdoor spaces and shows other members of the Black community that they belong in nature just like everyone else.

"If you can show that we can go do this, this is at a high level, someone else can say, ‘I can go outside. I can go camping. I belong in the mountains. I belong outside climbing.’"

Taylor says he'll spend the next few months training for the high altitude climb before the 70-day expedition begins next March. By doing so, he hopes to take the sport he loves to new heights.