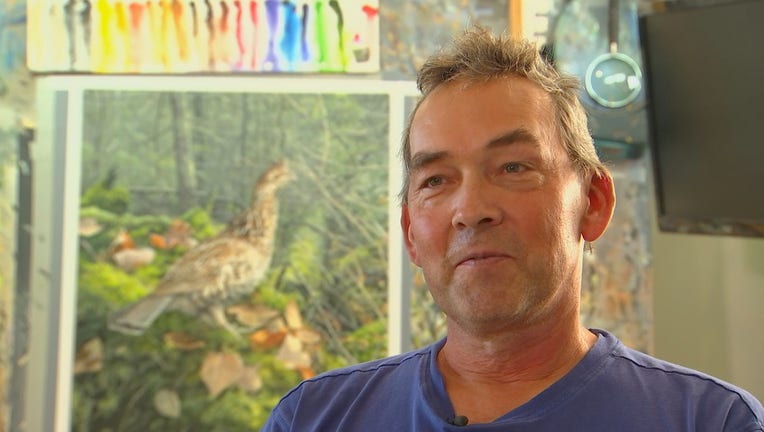 (FOX 9) - With every stroke of his paint brush, Jim Hautman paints a very different picture of wildlife on his canvas. But, one animal in particular seems to bring out his best.

Over the weekend, Hautman won the Federal Duck Stamp Art Contest, meaning his painting of a pair of ducks floating in the water will be on next year’s duck stamp, which raises $40 million a year to protect wetland habitats.

"You look at all those entries and thousands of hours artists put into it…to watch it and come out on top is really fun. It's always fun to win," he said.

It’s the sixth time Hautman has won the coveted honor since 1989, setting a new record for the most wins since the contest started back in the 1930s.

"Winning for the sixth time, that's really special to me. That's a record I never thought would fall to anybody, so to do it myself was real rewarding," he said.

Hautman and his brothers Bob and Joe have created a "Duck Dynasty" of their own, winning the contest a total of 14 times. They were even named in the movie "Fargo."

"It's amazing. I know we try hard, but still I'm still shocked at the success we've had. I hope it keeps going," he said.

Hautman’s unprecedented achievement gives him some bragging rights over his brothers, and as long as he can continue to compete, he says he has no reason to cry "fowl."

"When I go hunting next fall and buy my stamp and sign it and put it on my license…it will be mine. That's really special, so I can't imagine not entering."