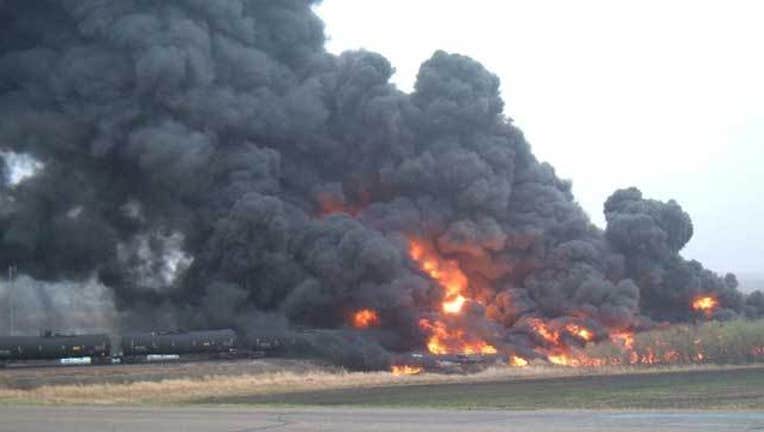 A group of 39 Minnesota legislators are asking BNSF Railway Company to hand over documents showing how it determines the routes of oil trains passing through the state. The group is also asking for proof of BNSF's catastrophic insurance coverage.

The request was submitted just one day after a BNSF train hauling Bakken crude oil derailed outside of Heimdal, North Dakota. At least 6 tank cars caught fire, forcing an evacuation of the town.

"This year alone, there have been six major incidents involving oil and ethanol trains in the United States, including BNSF oil trains that caught fire and exploded in Galena, Illinois and Heimdal, North Dakota," said a letter signed May 7 by Rep. Frank Hornstein (DFL-Minneapolis). "These trains were carrying Bakken crude oil. With the US DOT recently predicting ten major oil train incidents per year in the coming years, the safety of our communities is of urgent concern to us."

The Minnesota House transportation and finance committee is still waiting for BNSF to provide its "worst case scenarios" for a potential crude oil train emergency, as well as the railway's emergency plans for locations along BNSF oil train routes in Minnesota. Those requests were officially made at a Jan. 21 Minnesota House committee hearing, and BNSF lobbyist Brian Sweeney verbally agreed to produce those plans.