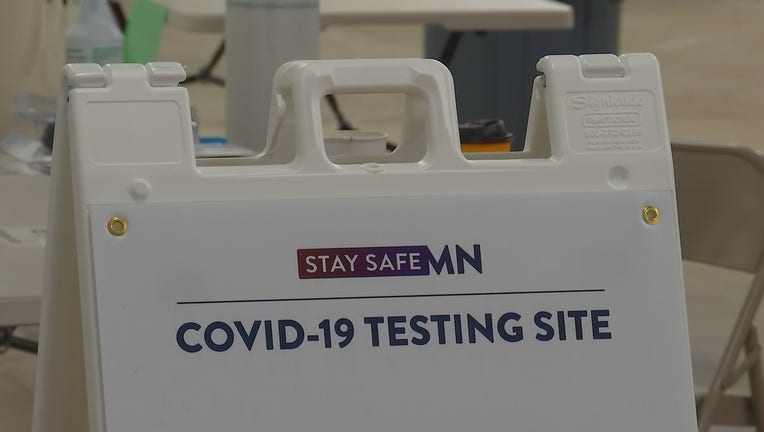 (FOX 9) - Minnesota Gov. Tim Walz says he will announce an expansion of COVID-19 testing on Friday as Minnesota's infection rate goes in the opposite direction as the U.S. as a whole.

"We’re going to massively expand our testing capacity across Minnesota again. we built the strongest testing system in the country. We’ll reinstitute that," Walz said during a visit to a testing facility in Duluth.

The coronavirus is losing ground in most of the U.S., with the seven-day average of new cases falling to 86,000 this week from a peak of 161,000 before Labor Day. The surge in Minnesota and some other northern states started later but has gained steam over the past three weeks.

Many of the new cases are in young people. As of Thursday, 496 schools had reported five or more cases since the start of classes.

Walz said his administration was prepared for the U.S. Food and Drug Administration's looming decision to authorize the Pfizer vaccine for children ages 5 to 11, a move expected around Halloween. He also said he would launch new incentives for vaccinations in 12- to 17-year-olds.

Minnesota hospital executives have raised concerns this month about a lack of workers to cover a growing number of COVID hospitalizations. As of Thursday, 983 people were hospitalized with the virus, the most since December 2020.