The man nominated to become the next Minneapolis police chief, Brian O'Hara, faced the public Wednesday as his nomination enters the final stages before approval. O’Hara most recently was deputy mayor in Newark, New Jersey. Before that, he was the public safety director in Newark and has a decades-long career as a police officer.

MINNEAPOLIS (FOX 9) - The man nominated to become the next Minneapolis police chief, Brian O'Hara, faced the public Wednesday as his nomination enters the final stages before approval.

O’Hara most recently was deputy mayor in Newark, New Jersey. Before that, he was the public safety director in Newark and has a decades-long career as a police officer.

He says he does not have a plane ticket back to Newark, he is currently living in the North Loop area. So it seems he’s definitely making plans to be chief. And he seems ready for the role.

"I believe things happen for a reason," he said. "I don’t believe it’s by chance that I’m here on purpose."

He knows he’s got some challenges ahead, understanding that some residents will never like the police.

"I don’t want that to be an excuse for police not to engage not to try to address their concerns," O'Hara explained. "Not to try to be in the same space as those folks who have frustrations about police here and policing in general."

O’Hara says his first priorities will be to meet with residents, community leaders, meet police rank and file, and listen. Outside of that, he says gun violence tops the list. He likes what he sees with Operation Endeavor and says the residents he’s spoken with do too. 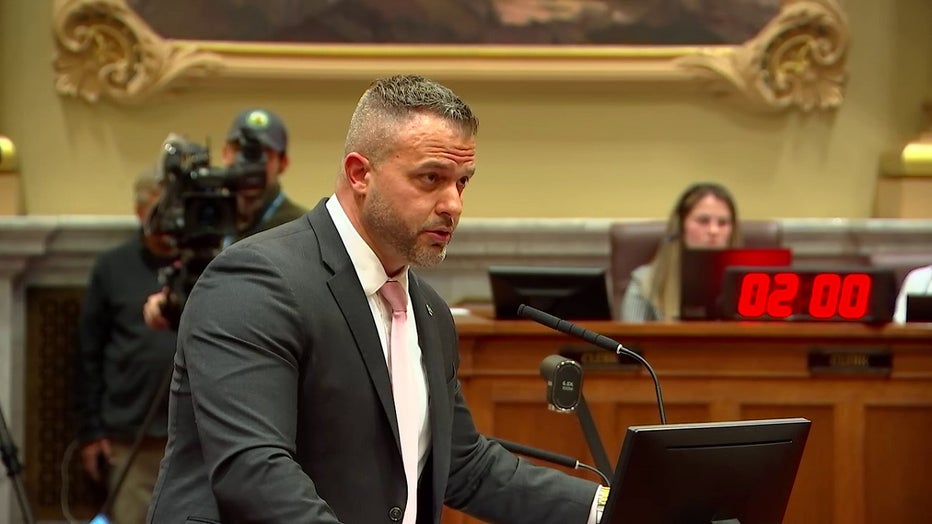 "What I have heard particularly from residents is particularly downtown here is that people love it," O'Hara explained. "People love seeing the visible enhanced presence of police, not just here but on the north side as well and other parts of the city."

In Newark, O’Hara led the consent decree process and helped to implement police reforms, and he also worked hard to earn the community's trust. But he says earning the trust of the "officers" is just as important.

O'Hara wants to improve the culture within MPD and be fully supportive, believing that help will lead to improved staffing, as MPD is down about 300 officers.

Minneapolis Police chief nominee Brian O'Hara sat down with FOX 9's Karen Scullin for a one-on-one interview on Wednesday, Oct. 26, ahead of a public hearing on his nomination to be the next police chief.

"The officers here will see me on the street I intend to be a police officer just like the rest of them so if I’m driving by and someone is calling for help I will be there to back them up," said O'Hara.

At Wednesday's hearing, city council members questioned his thoughts on reform, what to do with the Third Precinct, and "coaching" as discipline for officer complaints. But what stood out the most was a letter that was read from Newark Residents showing strong support for O'Hara -- a moment that moved O’Hara to tears.

"We wanted to get through this process and ensure that the community had a say in where we were going forward. And that we were going try to go forward together. It’s very moving to me to have been through that and it’s just what makes this work meaningful."