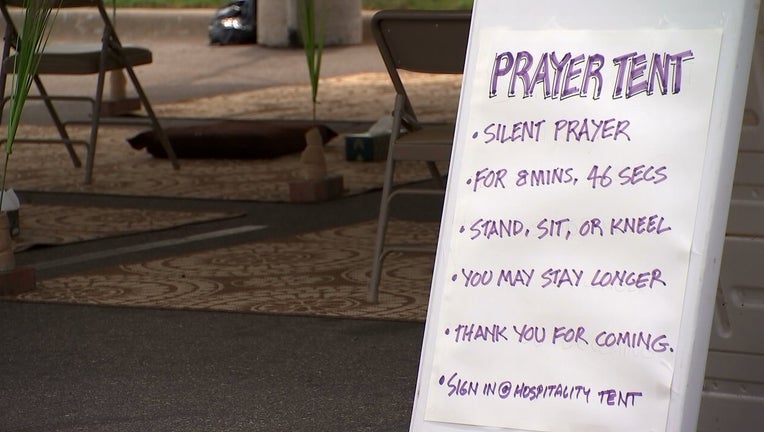 The event aims at helping people heal after the chaos and strife of the past year. (FOX 9)

MINNEAPOLIS (FOX 9) - There's an effort to bring hope, healing and action to Minneapolis through the power of prayer. A group of faith leaders from all denominations is inviting members of the public to be there with them for a daily virtual service.

In a time of uncertainty, the leaders are hoping to provide a place to go each morning at 8 a.m. where you can recharge, reflect and be with others.

Minneapolis faith leaders are holding a daily virtual prayer service during the Derek Chauvin trial in an effort to bring hope and healing to the city.

"We’re hoping as people come into that space they have a sense of community," said Don Samuels with Healing Our City.

Samuels, a community leader and organizer of the Healing Our City virtual prayer tent, started this initiative with his wife.

"People are saying they’re grateful for it, and people are voicing their hope that we’re investing in a higher aspiration than our limited vision," said Samuels.

A physical tent was erected in north Minneapolis during the month of July as the city struggled with George Floyd’s death, COVID-19, and lots of anxiety. While there weren’t plans in place for another "Healing Our City" initiative, Samuels says the community came to him, as the Derek Chauvin trial approached.

"People called and said 'what are you going to do,'" recalled Samuels. "I got it on Facebook, on emails, I got phone calls and the people at the core of it said we have to do something."

Each week, a spiritual leader from different denominations leads daily reflection time, and each day, a speaker shares some thoughts. Then, there is eight minutes and forty-six seconds of silent prayer.

This week, Reverend Nikki Frontz of Solomon’s Porch is hosting the gatherings. She says there is power in their purpose.

"We need to understand we’re all connected and injustice to one is injustice to us all and we need to all take it that way," said Frontz.

As the movement grows, close to 200 participants joined in via Zoom and Facebook Live on Thursday. The virtual prayer tent will be in place through the trial and beyond as needed, so the community knows, there is a place for all of us.

"No matter what happens, no matter what the result of this trial progress will not stop and that’s my hope," said Frontz.

For more information on the virtual prayer tent, click here.