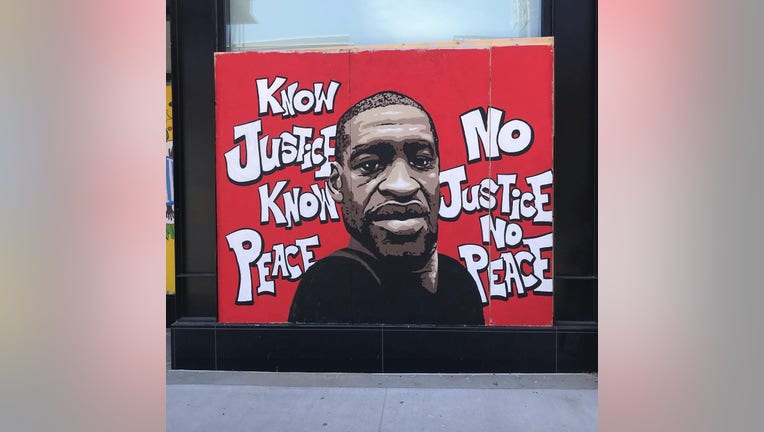 MINNEAPOLIS (AP) - At an emergency meeting on Friday, held in the wake of George Floyd's death in Minneapolis, the city council put in place new restrictions for the Minneapolis Police Department while promising more significant change moving.

Under an order approved by the council, Minneapolis police officers are restricted from using chokeholds while engaging with suspects.

Minneapolis agreed Friday to ban chokeholds by police and to require officers to try to stop any other officers they see using improper force, in the first concrete steps to remake the city’s police department since George Floyd’s death

The change comes after Floyd died after police officer Derek Chauvin pinned him to the ground, pushing his knee into Floyd's neck. Chauvin is now charged with murder for Floyd's death.

At the site where he died at 38th and Chicago, an ongoing vigil has made a loud call for overdue police overhaul and Minneapolis took a small first step on Friday.

"We can quite literally lead the way in our nation," said Mayor Jacob Frey.

Mayor Frey signed a temporary restraining order passed by the city council banning any use of chokeholds by Minneapolis police. Any member of the police who sees it used must immediately report it. They must also attempt to intervene either verbally or physically.

But, while the city makes a small change, some councilmembers are calling for more drastic measures. They say they want the department to be fully dismantled.

"As a councilmember, I will tell you I am not interested in any more reforms," said Councilmember Phillipe Cunningham.

Governor Walz agreed the new ban is a small step and there's a long way to go.

"When I hear that, the first thing, I just have to be honest, is that’s a pretty damn low bar," said Governor Walz.

But, while some want more action, community activist James Everett says the change is a big deal.

"It’s huge, it’s huge," said Everett. "Because it shows the city council's in lockstep with change. Bureaucracy, the wheels of bureaucracy move slow. But it shows they’re in line with trying to change stuff."

"I’m optimistic about the future, let me say that," said Sole. "But as far as that being progress, I thought we had this conversation with Jamar Clark."