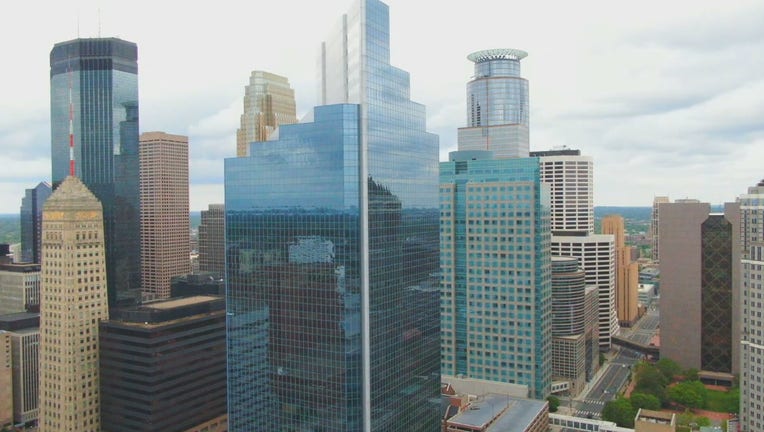 The skyline of Minneapolis, Minnesota. (FOX 9)

MINNEAPOLIS (FOX 9) - The Metropolitan Council forecasted a 30-year horizon in the Twin Cities, outlining opportunities for growth in more ways than one.

According to the report, the region will become more racially and ethnically diverse and the population will look much older. Economic opportunities and housing are the leading factors contributing to the surge in the residential population.

The influx of new residents will be a result of international migration and births.

According to the forecast, the regions' population will reach 4 million by 2050. More than half of the total growth will come from natural growth, which includes all births minus all deaths. Family households will continue to increase in numbers as more families have more children.

"Our region is growing. By the time a child born today is ready to enter college, the seven-county metro area will have another 700,000 people living in it. That’s equivalent to the population of the state of North Dakota moving to the Twin Cities," said John Schadl, spokesman for the Met Council.

More so, the Twin Cities continues to be a gateway for international growth. Economic opportunities are the leading reasons people move long-distances to the Twin Cities region. By 2050, Met Council forecasted 312,000 new residents coming from outside the country.

Black and brown populations are more than doubling

During the last decade, the regions’ population grew by 12% and is looking to become more racially and ethnically diverse.

Between 2020 and 2030, a 5% increase is expected in the regions’ racial and ethnic diversity. This trend is evident in today’s K-12 schools and workplaces. By 2050, the region forecasted that 44% will be people of color while the white and non-Latino population will level off and slightly decline.

This population growth can also be attributed to the increase in international migration. People of color will comprise 83% of the new residents moving from outside the United States.

"Meanwhile, the supply of new housing is not keeping up with demand. Increased costs of homeownership are one of the factors behind a serious racial disparity in homeownership in the region," said Schadl.

Back in 2010, the first baby boomers reached retirement age. Between the aging of the baby boomer generation and longer life expectancies, more of the population will be 65 years or older by 2050.

The millennial population is projected to grow only 17% which is enough to replace the current working baby boomers. However, the baby boomer generation socially and economically impacted the workforce during their prime working years. The increase in millennials will not be able to match such growth.

As stated before, the leading reason people move long distances to the Twin Cities is due to economic opportunities. This also means fewer people move for non-economic reasons, unlike competing metros such as Austin or Seattle. As a result, the Twin Cities is at a greater risk of future workforce supply shortages.

Despite these factors, the Met Council forecasted new opportunities for jobs in the future. While a lot of the gains were lost during the COVID-19 recession, the region is now regaining those lost jobs and is expected to reach 2,175,000 by 2050. Much of the gain already happening currently in 2021.