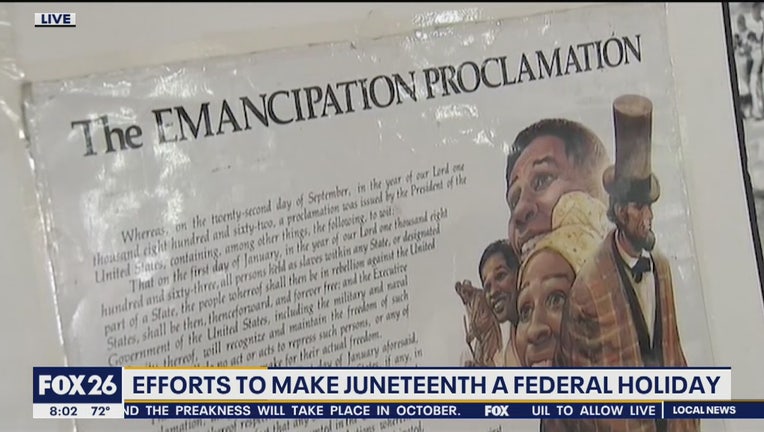 HOUSTON - Members of Congress are introducing legislation to make Juneteenth a federal holiday.

The celebration started with the freed slaves of Galveston, Texas. On June 19, 1865, Union soldiers told enslaved African Americans in Galveston that the Civil War had ended and they were free.

U.S. Senator John Cornyn, a Republican from Texas, announced Thursday he will soon introduce a bipartisan bill to make Juneteenth a federal holiday.

“One of the most defining days in our nation's history was when President Lincoln issued the Emancipation Proclamation on January 1, 1863, finally freeing all slaves in Confederate territory. But slaves in Texas wouldn't learn this life-altering news for two and a half years,” Sen Cornyn said during a floor speech Thursday.

MORE: For 155 years, African Americans have celebrated independence on Juneteenth

“Juneteenth represents the promise of equality, opportunity, and freedom.  In the 155 years since the announcement of freedom and equal rights in Texas, we Americans have struggled to make that promise a reality for all,” said Congresswoman Lizzie Fletcher.  “I am committed to continuing the work and the fight for equality and justice." 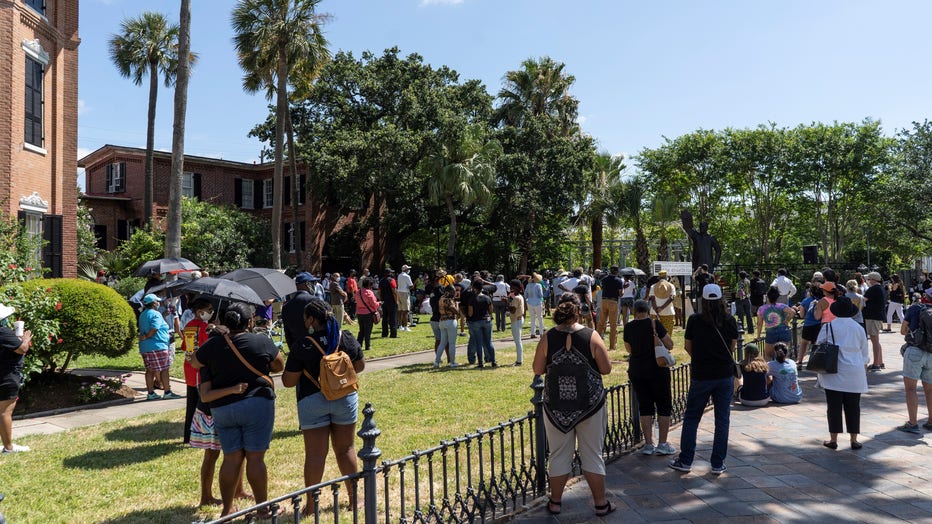 GALVESTON, TX - JUNE 19: People attend the ceremony of the 155th anniversary of Juneteenth at historic Ashton Villa, where emancipation of the slaves was announced in 1865, on June 19, 2020 in Galveston, Texas. ( Photo by Go Nakamura/Getty Images)

Texas was the first state to make Juneteenth a state holiday when state Rep. Al Edwards wrote and sponsored House Bill 1016 in 1979.

Currently, 46 states and the District of Columbia observe Juneteenth in some capacity.

“As we do every year, tomorrow Texans will celebrate Juneteenth and the 155th anniversary of the end of slavery in our state. It's an opportunity to reflect on our history, the mistakes we have made, but yet how far we've come in the fight for equality, and a reminder of just how far we still have to go,” Sen. Cornyn said Thursday. “That is especially true this year. Over the last several weeks, Americans of all races and backgrounds, of all ages, have raised their voice in the fight against inequality and injustice that continues to exist in our society.”

This year, prominent companies and organizations across the country – like Google, Target and the NFL – have decided to observe Juneteenth as a recognized holiday.

A growing list of companies have decided to make Juneteenth a paid holiday.

Juneteenth takes place on June 19 and commemorates the end of slavery in the United States.