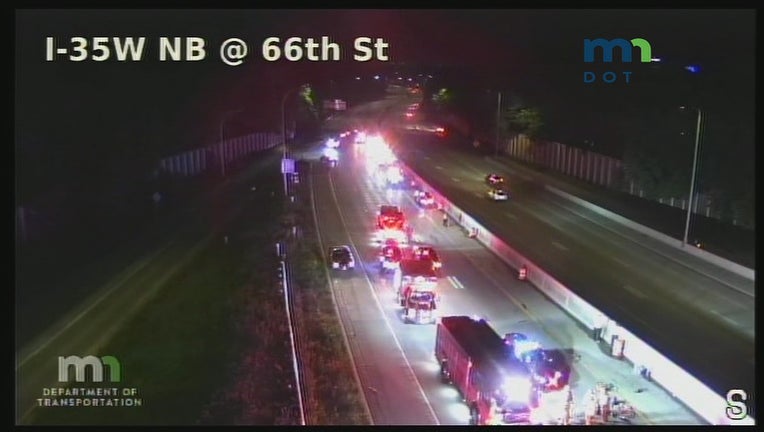 RICHFIELD, Minn. (FOX 9) - The four people who died in a wrong-way crash on I-35W in Richfield, Minnesota Saturday night have been identified as two Sioux Falls, South Dakota residents, a Lakeville, Minnesota resident and a St. Paul resident.

According to the Hennepin County Medical Examiner’s Office, Hassan Abdul-Malik, 28, of Sioux Falls; Briana Vasquez, 25, of Sioux Falls; Tyler Fried, 27, of Lakeville and Alfredo Torres, 21, of St. Paul all died in the crash at 9:54 p.m. Saturday night of blunt force injuries.

According to the Minnesota State Patrol, 21-year-old Alfredo Torres drove his vehicle southbound in the northbound lanes of traffic on I-35W near 66th Street.

A GMC Terrain carrying Abdul-Malik, Vasquez, Fried and another 25-year-old passenger was driving north in those lanes when the vehicles collided.

The 25-year-old woman suffered life-threatening injuries, but all other people involved died as a result of the crash.

Police say alcohol was not a factor in the crash.