The City of Minneapolis’ Office of Community Safety has worked with local, state, and federal partners to establish a new plan for reducing criminal activity in the city. On Monday, October 31, officials released their first public report detailing Operation Endeavor's first 28 days.

MINNEAPOLIS (FOX 9) - Minneapolis Mayor Jacob Frey says a new initiative to combat violence and crime in the city is showing results in its first month.

During a news conference on Monday, Mayor Frey touted the results saying data from the first four weeks of the operations is showing positive results in battling crime.

A public report obtained by FOX 9 shows there was a 30 percent decrease in gun-related 911 calls citywide this month compared to the same period in 2021. The city says there was a 29 percent drop in gunshot wound victims and a 65 percent decrease in carjackings. The city also points out there were also drops in all three metrics in October compared to the preceding four weeks.

Speaking on Monday, Mayor Frey concedes that it would be wrong to attribute the drops solely to the work of Operation Endeavor, and the city has a "multifaceted" approach to tackling crime.

RELATED: Inside Operation Endeavor: How Minneapolis PD is working to fight crime

"There's a lot of multifaceted work that is happening from a number of different agencies, both within and without the city," said Frey. "We are providing the comprehensive approach that we provided. That includes police officers, but it's not limited to police officers. It's work with our Office of Violence Prevention now called our Office of Neighborhood Safety. It's coordination with the Hennepin County Sheriff's Office. It's coordination with our state partners, with the county attorney. And importantly, it's also a lot of direct work with community members. Community members have been so helpful in supporting the work that is underway, providing necessary intelligence and information that ultimately leads to a conviction, and making sure that we are understanding of where some of the perpetrators of these violent crimes are located."

FOX 9 should note that one month of stats won't show the full picture and enduring results of the operation. More data in the coming months will give better insight into the program. Also, it's fair to note that data can sometimes be deceiving and crime can ebb and flow for a variety of reasons. As the city notes, carjackings dropped significantly during Operation Endeavor. But, carjackings were also down year-to-year in September (40.5 percent). And part of the reason for that could be the dramatic increase in car thefts in recent months, as thieves target an exploit in Kia and Hyundais that make them easier to steal without force.

Outside the data, the city says it is also seeing positive results in other endeavors, like getting guns off the street, cash related to crime, and Fentanyl pills. Police also say they've also gotten positive feedback about their "Guardian Beats" foot patrols.

"I'm telling you, people are seeing and are talking about the effects in terms of the work that's being done here," added Commissioner of Community Safety Cedric Alexander. "So it's not just me saying it, it's what's being articulated to us by the public. And that makes a huge difference in terms of how the public feels about this operation. And it is very clear to us that they feel very good about it." 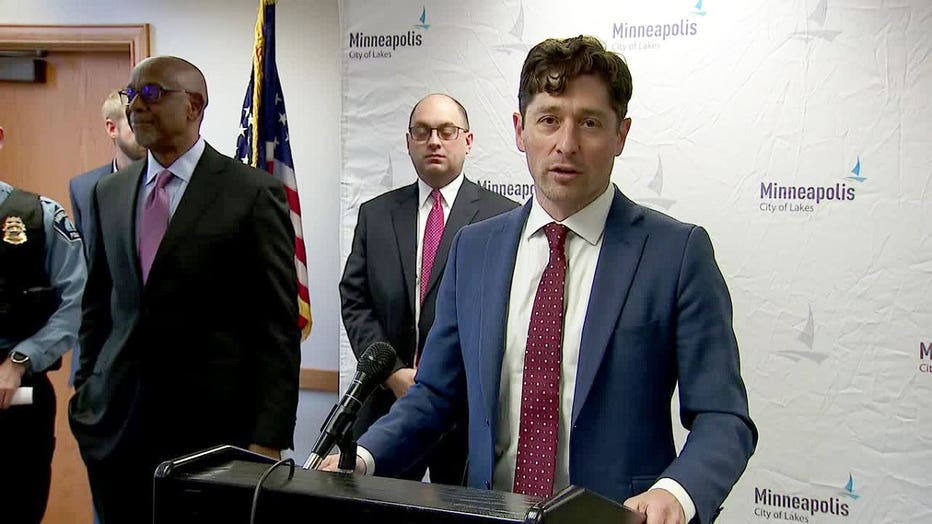 What is "Operation Endeavor"?

Last month, FOX 9 obtained the plan for Operation Endeavor that says in part, "The mission is to be visibly present and seen by as many people as possible. Deter criminal activity through uniformed presence and bring peace to the area."

They do this by putting officers on ATVs, leaving squads around the city, and saturating areas with officers during events, like Vikings games.

As for who is working on Endeavor, FOX 9 obtained the schedule for the next three months. Assigned to the operation are some civilian employees who we’re told will work in a supportive role. But the majority are officers from investigations and from the various precincts, even the fourth which is already battling the highest crime with low staffing.

"Everybody across all five precincts are getting officers pulled periodically not just the 4th precinct," said Alexander. "The first, the second, the third and the fifth. But everybody is putting a little skin in the game."

We spoke to some Endeavor officers Sunday from investigative units who were committed to the department and the operation. But they did mention they usually use overtime to work their cases, which had them concerned.