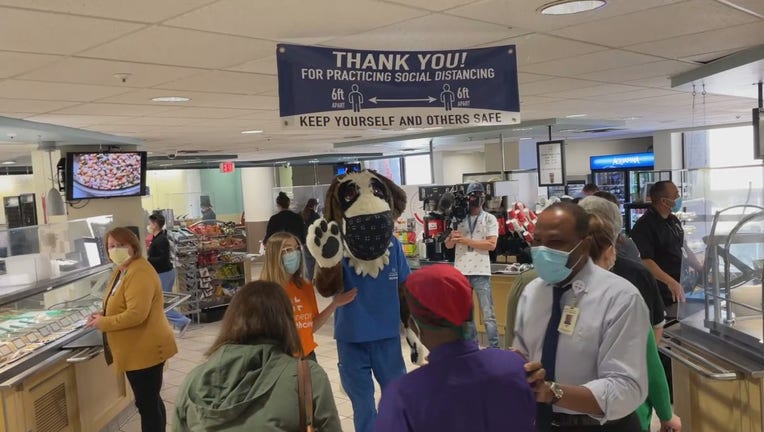 Bernie the Rescue Dog has served as a hospital mascot for a decade.

On his 10th anniversary, the mascot was praised by staff and patients for his service.

"We’re really grateful that Bernie is our friend and our community member. He’s an incredible asset to our institution," said Dr. Krishnan Subrahmanian, a pediatrician at Hennepin Healthcare.

Dr. Subrahmanian says for many, Bernie has been a shoulder to lean on during the good times and bad.

"That’s what Bernie specializes in, is taking really challenging moments and bringing some joy, some laughter and some fun to those tough times," said Subrahmanian.

With the worst of the pandemic likely behind us, Bernie is back in a big way.

"Now that we’re getting better numbers, better vaccination rates, he’s able to come out and see his friends a lot more," said Dr. Subrahmanian. "He’s really excited to see his little ones out in the community, so you can just see Bernie smiling and enjoying himself now."

A celebration for a hospital mascot that is touching the lives of people every day.

"While we were celebrating Bernie’s ten-year anniversary and birthdate, we were also celebrating the remarkable resilience of our community as well," he said.