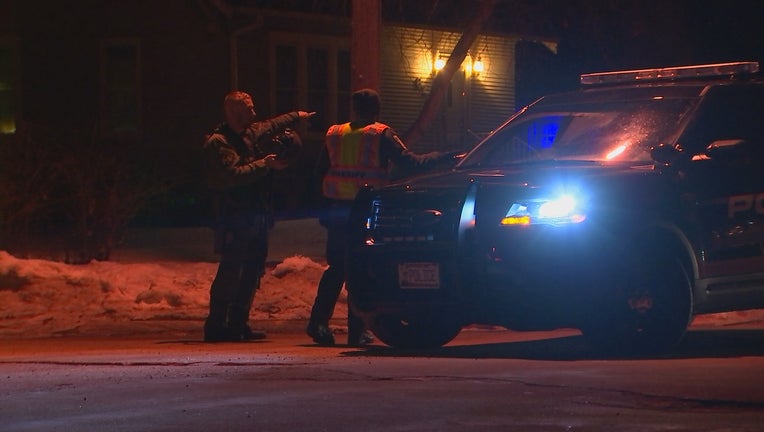 Waseca police respond to the shooting of Officer Arik Matson.

Tyler Janovsky, the man charged for shooting a Waseca police officer in the head, leaves the Waseca County Courthouse following an appearance.

On Jan. 6, Matson and other officers responded to a report of a suspicious person, according to the criminal charges. When they found the man, he ran onto the roof of a garage and shot at the officers, hitting Matson in the head.

Since the shooting, Matson has had two surgeries and stayed at three different hospitals, according to his CaringBridge page. He is currently at a specialized rehabilitation facility in Omaha, Nebraska.

"In the last 6 months Arik has slowly but surely struggled and put up a fight to regain his daily capabilities back that we all take for granted," read a CaringBridge update from his wife Megan Matson. "His touch, taste, smell and hearing are all at different levels, some more intense then others use to be. He is able to walk on his own at times for short distances (never alone)."

Officer Arik Matson gives an update six months after he was shot while responding to an incident in Waseca, Minnesota. Video Courtesy: Arik Matson

Janovsky’s sentencing is scheduled for Sept. 18.

The Steele County Attorney’s Office and Janovksy’s defense attorney did not immediately respond to FOX 9’s request for comment.