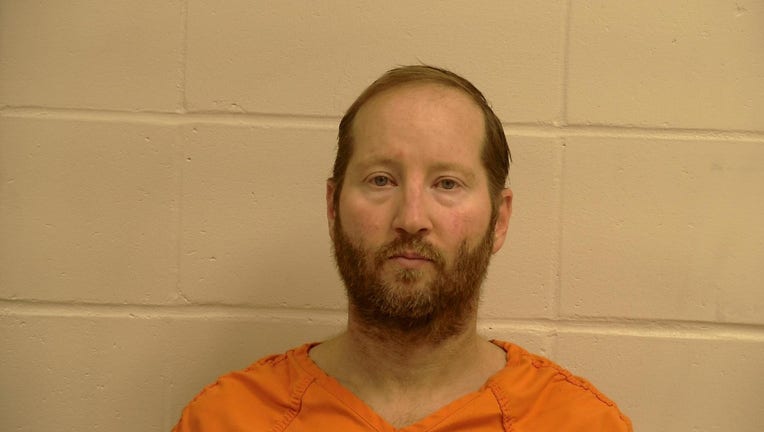 OKLEE, Minn. (FOX 9) - A man wanted in connection to his wife's murder was arrested early Wednesday morning after he was spotted on a trail camera in northern Minnesota.

According to the Red Lake County Sheriff's Office, Eric Reinbold, 44, was arrested without incident on a wooded rural property north of Oklee.

A man wanted in connection to his wife's murder was arrested early Wednesday morning after he was spotted on a trail camera in northern Minnesota.

Shortly after 9:30 p.m. Tuesday, agents were alerted to movement in front of a trail camera that had been set up in a wooded area off of County Road 1 not far from Reinbold’s parent’s property. Deputies with the U.S. Marshals Service, the Pennington and Red Lake County sheriff’s offices and agents with the Bureau of Criminal Apprehension converged on the area. Mr. Reinbold was found hiding in the woods near an abandon homestead and was taken into custody without incident shortly after 12:30 a.m. Wednesday.

Reinbold is facing murder charges in the death of his wife, Lissette Reinbold, in rural Pennington County -- about 65 miles east of the North Dakota border and Grand Forks.

He is being transported to the Pennington County Jail.

According to the complaint, Lissette Reinbold was found by her children lying in a driveway at her home the morning of July 9. When first responders arrived, they found her dead with stab wounds to her neck. When police arrived, they say Eric Reinbold was missing and it appears he left sometime overnight, leaving behind his phone.

According to the complaint, one of the children told investigators they thought Reinbold was upset because he believed his wife was seeing another man. Messages from the suspect's phone, obtained by deputies via a warrant, detail Reinbold growing upset with their deteriorating relationship. At the time of her death, Reinbold was living in a camper down the road from her home.

Along with the murder case, Reinbold also has a record that includes a federal conviction for building pipe bombs. Earlier this month, the U.S. Marshals offered a $10,000 reward for information leading to an arrest in the case.