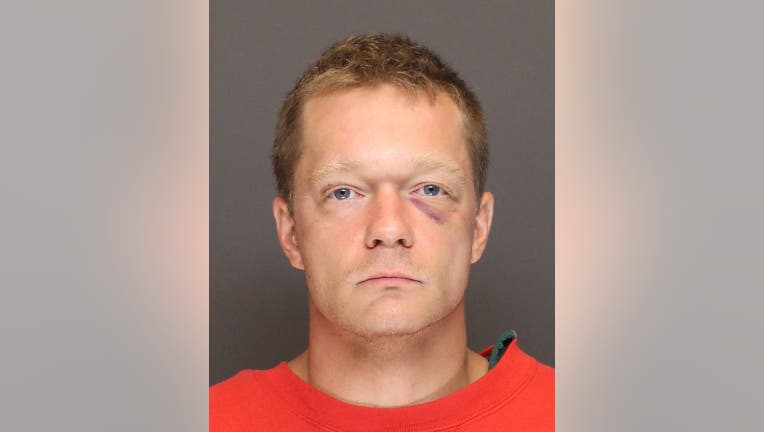 Bilderback pled guilty Monday to attempted murder of a police officer after an incident in July 2018. (Dakota County Jail / FOX 9)

According to the Dakota County Attorney’s Office, Dustin Bilderback will be sentenced in early January for the crime.

The charges against Bilderback show, in July 2018, South St. Paul Police officers were dispatched to a group home to conduct a welfare check on Bilderback, where they spoke with his caretaker about putting him on a 72-hour mental health hold.

Bilderback then walked to his car behind the home and one of the responding officers followed him so he did not leave. Once he got to his car, he pulled a shotgun from the back seat.

The officer ran for cover, but Bilderback shot him in the back, neck and arm. Bilderback walked toward the officers and continued firing at them, striking the second officer in the leg. The officers returned fire, but did not hit the suspect.

Eventually, Bilderback complied with the officers’ repeated requests to drop the gun.