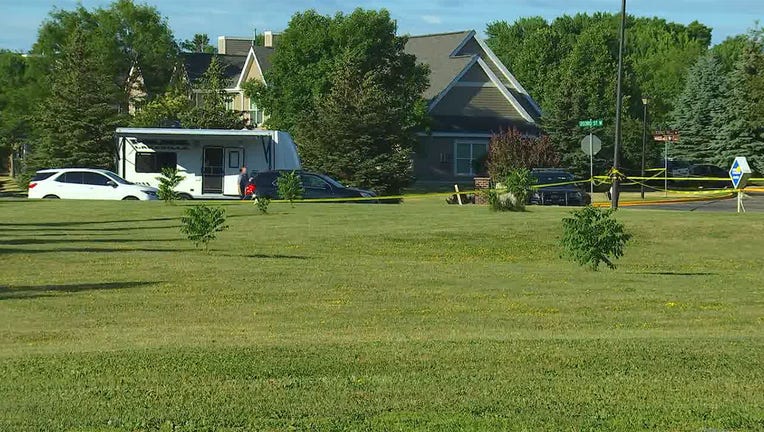 Police are investigating after a woman was found dead in a parking lot in Lakeville, Minnesota Tuesday morning.  (FOX 9)

LAKEVILLE, Minn. (FOX 9) - A grand jury indicted a Richfield man with first-degree murder in the shooting death of his ex-girlfriend outside a daycare in Lakeville in June.

Atravius Weeks, 32, of Richfield was initially charged with second-degree murder for allegedly shooting and killing 29-year-old Courtney Henry in the early morning hours of June 22. He is now facing two additional charges of first-degree murder in the case.

According to the criminal complaint, police had responded to an apartment in Belle Plaine on June 22 around 1:15 a.m. after a woman called 911 to report her ex-boyfriend, Weeks, was pounding on the walls of her building, had a gun and that she believed she would die if he got inside. During her 911 call, she said he sent her a message saying he had shot himself.

When police arrived at the parking lot of the apartment building, they found Weeks' car, which had a large amount of blood inside as well as a 9mm casing on the floor, the charges state. After police spoke with Weeks on the phone, he agreed to come back to the parking lot and drop his gun. Weeks' forehead and clothes were covered in blood.

Police in Lakeville, Minnesota are investigating a homicide after woman was found dead early Tuesday.

Weeks told police he shot himself in the head and that he "just killed [his] best friend," the charges state. He admitted that about an hour earlier he shot Henry seven times outside of a daycare in Lakeville near 203 Street and Icefall Trail.

Weeks and Henry had reportedly broken up several days prior to the deadly shooting.

Weeks remains in custody in the Dakota County Jail. His bail was previously set at $2 million following his initial court appearance on the second-degree murder charge. His first appearance on the indictment will take place next week.