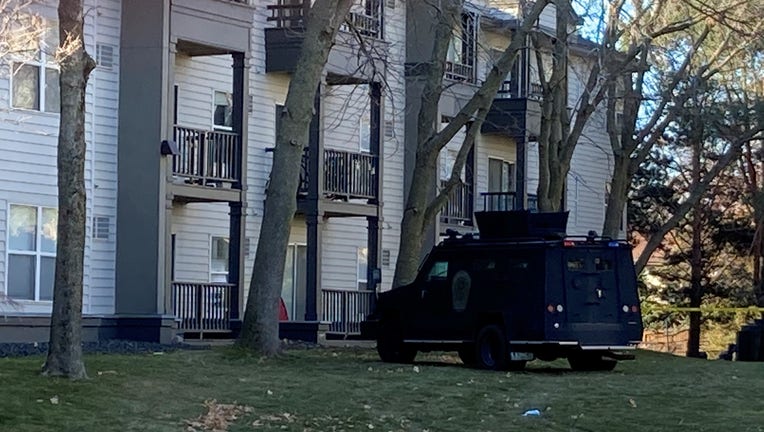 Police are investigating after a man was found dead in a Bloomington, Minnesota apartment and two others were shot in the area. (FOX 9)

BLOOMINGTON, Minn. (FOX 9) - Police in Bloomington, Minnesota are investigating the death of a man whose body was found following a shooting Monday morning.

According to the Bloomington Police Department, officers responded to multiple calls of gunshots in the area of 6800 West Old Shakopee Road. They arrived on scene shortly after 5:30 a.m. and found two men suffering from non-life threatening gunshot wounds.

One of the men was taken to Hennepin County Medical Center for treatment. The other was treated on scene and eventually arrested and taken into custody.

Information obtained from the scene and from 911 callers led officers to an apartment in the Hampshire Hill apartment complex, where they found a man dead.

Police said the Hennepin County Crime Lab is on scene processing “multiple locations” within the Hampshire Hill apartment complex. The incident remains under investigation, but police are not looking for anyone else involved in the incident.

Anyone with information on the incident is asked to call the Bloomington Police Department at 952-563-4900.