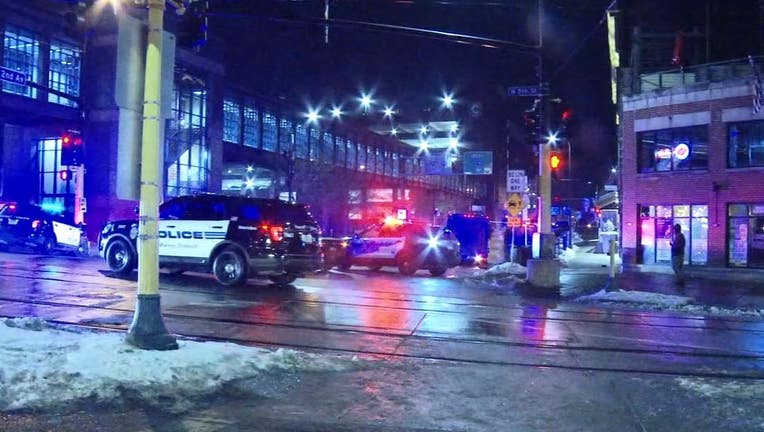 Police are investigating a shooting that left one man seriously injured and another with non-life threatening injuries early Sunday morning in Minneapolis.

A man has died after an early Sunday morning shooting in downtown Minneapolis.

According to police, at about 2 a.m., officers responded to multiple 911 calls reporting that shots were being fired inside a building on the 400 block of 2nd Avenue North at Rouge at the Lounge nightclub. Some callers reported someone had been shot.

Man dies after being shot overnight in Minneapolis nightclub

A man has died after an early Sunday morning shooting in downtown Minneapolis.

Authorities said that when officers arrived, they encountered a chaotic scene as they tried to locate victims, witnesses or suspects.

After navigating the crowd, officers found a man in his 20s who was suffering from a gunshot wound. He had no pulse or respirations. Police immediately began chest compressions until a heartbeat was reestablished. The man was transported to the hospital with life-threatening injuries. But, hours later, police say he died from his injuries at the hospital.

Officers were able to get the scene under control and spoke with several witnesses. Hospital staff told police that another man in his 20s walked into their emergency room with a non-life-threatening gunshot wound believed to be from this same incident.

Police are still investigating the shooting.

Anyone with information is encouraged to call CrimeStoppers at 1-800-222-TIPS (8477). Tips may be submitted electronically at www.CrimeStoppersMN.org. All Tips are anonymous and persons providing information leading to an arrest may be eligible for a financial reward.

Police are also investigating a shooting that took place early Saturday morning, in which two men were injured in the area of 2nd Avenue North and 4th Street North in downtown Minneapolis.

City leaders are still trying to figure out how a gun was missed by security at the nightclub. City Councilor Steve Fletcher, who represents the downtown area, posted this statement on Facebook Sunday:

This weekend, we had two nights in a row with shootings at bar close in the entertainment district, one of which proved to be fatal. That’s unacceptable, and tragic. MPD is working hard to respond, both to catch those responsible and prevent additional incidents, and they’re producing results. In the 48 hours since the first incident, they’ve seized 6 additional guns that very well could have been part of additional incidents if not for their quick work.