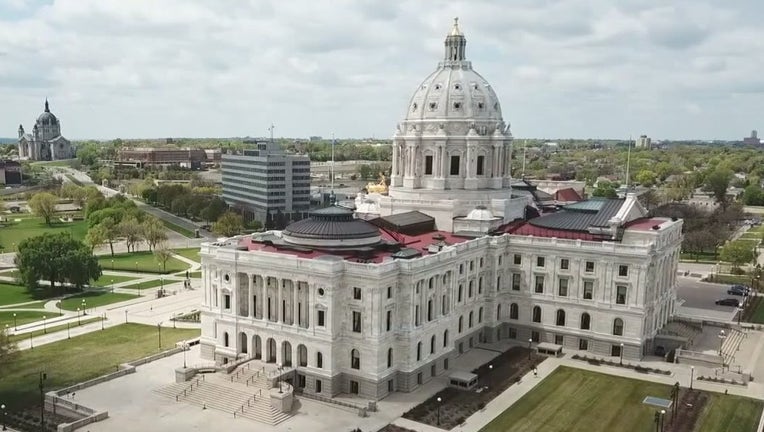 ST. PAUL, Minn. (FOX 9) - Minnesota State Capitol security arrested a Minneapolis man on Aug. 19 after he allegedly ripped a light fixture from the rotunda wall and knocked down a portrait in the Supreme Court chamber.

State Patrol troopers assigned to the Capitol received reports of a man in the rotunda who was "throwing bottles and bothering a group of people," according to the State Patrol’s report.

Law enforcement located the suspect on the upper mall of the Capitol grounds. While he was being taken to jail, he allegedly kicked out the driver’s side rear window and damaged the rear door of a capitol security squad car, the State Patrol said.

The suspect, identified as 39-year-old Anvis Aryavong was booked into the Ramsey County Jail and eventually charged with two counts of first-degree criminal damage to property.

Shortly after the vandalism occurred, a fence was reinstalled around the Capitol, and a heavy security presence returned. The state Department of Administration said the increased security measures were for several large demonstrations planned outside the Capitol last week.