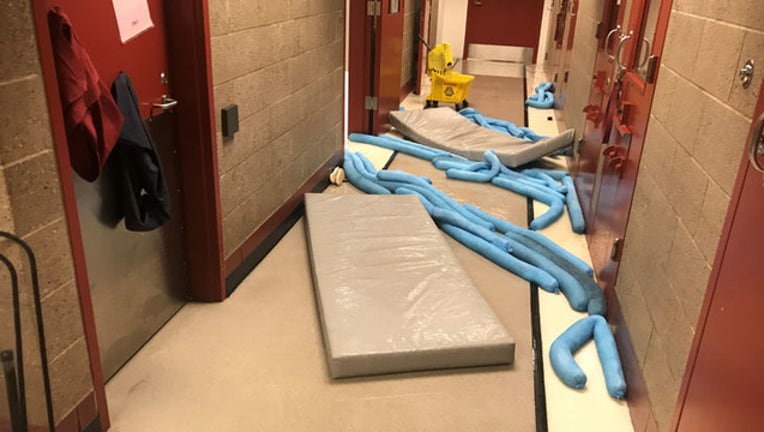 On July 6, a 23-year-old St. Michael, Minnesota, man was booked on suspicion of disruptive intoxication and obstructing the legal process.

While in a cell on the second floor of the jail, the man broke a sprinkler head. Water spread into the intake area and leaked into the first floor and basement. The water damaged multiple jail cells and an elevator.

The damage estimate has not been determined yet.

The investigation is ongoing and charges are pending.

“I commend our jail staff along with Stearns County Building Facilities staff for the quick work in responding and containing the water," said Stearns County Sheriff Steve Soyka in a statement. "Without their quick response, the damage could have been more extensive.”