Light snow overnight is creating some slippery spots that are catching drivers off guard Thursday morning, causing some spin outs and crashes during the morning commute.

(FOX 9) - Roads are rough Thursday morning thanks to some overnight snow, causing plenty of spin outs and crash during the morning commute.

Wednesday night’s light snowfall, which dropped 0.6 inches of snow at Minneapolis-St. Paul International Airport and up to 2 inches in the southeast metro, combined with slightly below freezing temperatures created wet slop and some icy spots Thursday morning. Most roadways are just wet thanks to salt and sand, but the sneaky slippery spots that are catching drivers off guard.

According to the Minnesota State Patrol, between 9:30 p.m. Wednesday night to 11:30 a.m. Thursday, 155 crashes were reported, including 18 with injuries. Two of those crashes, one in Edina and one in Olmstead County, were considered serious. 163 vehicles spun out or off the road and four semis jackniffed in that timeframe, too. 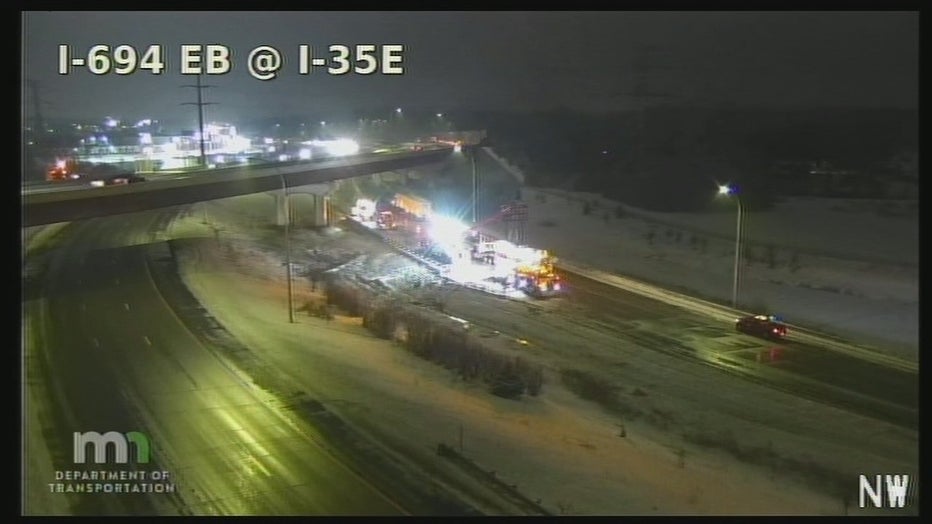 Westbound Interstate 694 was shut down earlier near Interstate 35E due to a crash involving two semis. The freeway is back open, but traffic is still backed up. 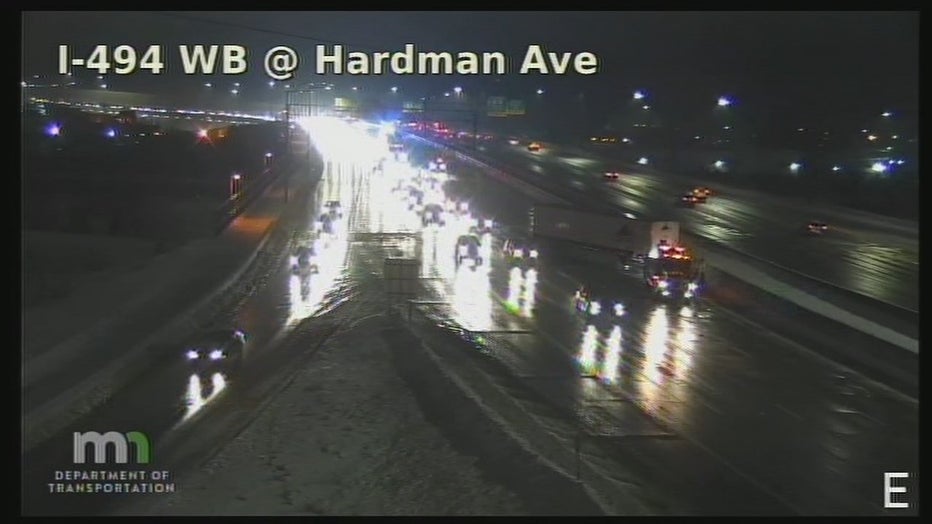 Interstate 494 at Hardman Avenue had a crash involving a jackknifed semi. The crash has been cleared, but there are still delays in the area.