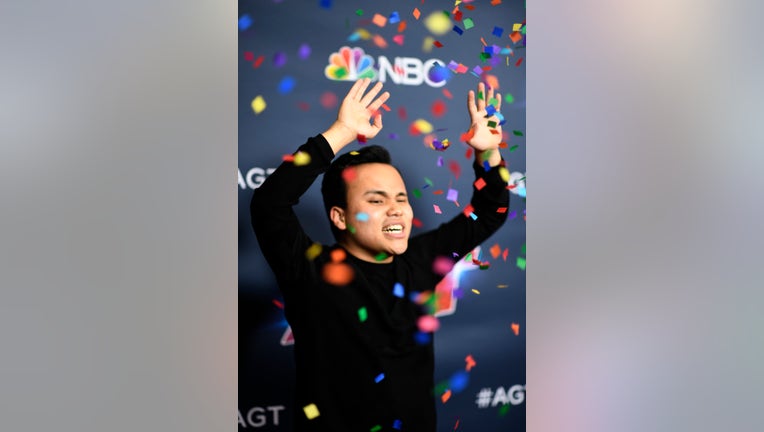 LOS ANGELES - Lake Elsinore native Kodi Lee, 23, was named the winner of season 14 of "America's Got Talent" Wednesday night. Lee, who is blind and has autism, has been captivating America since he won the golden buzzer on night one of the season.

The musical prodigy is one of a kind — literally. According to Lee’s website, he is only one of approximately 25 people in the world with his musical ability. Lee has an “audio photographic memory, in which he can recall music he hears after just one listen.”

Lee is living proof that no disability should hold anyone back from following and achieving their dreams.

"From the first note you sang, I knew you were something special and that you were here to change the world," said one of the show's judges, Gabrielle Union, who gave Lee the golden buzzer on night one. "This is just the beginning."

"We found out that he loved music really early on. He listened and his eyes just went huge and he started singing and that’s when I was in tears, because I realized, ‘Oh my gosh! He’s an entertainer!’" Lee's mother, Tina, said on night one. "Through music and performing he was able to withstand living in this world because when you’re autistic, it’s really hard to do what everybody else does. It’s actually saved his life — playing music.”

"Kodi is an anomaly," said another judge, Julianne Hough. "I think in our lifetime we are lucky to experience the kind of magic Kodi is, and America knew it."

By winning the competition, Lee was awarded $1 million and his own residency in Las Vegas. Lee will host his own show at the Paris Las Vegas from Nov. 7 to Nov. 10.

"From the moment we met Kodi Lee, we knew he was destined to change the world," America's Got Talent posted on their Facebook page.