LOS ANGELES - The LA County Sheriff Department’s Superspreader Task Force shut down at least five New Year's Eve parties across the county, resulting in at least 900 people being detained, 90 arrests and/or citations, and the recovery of at least six guns.

FOX 11’s cameras were at three of the parties, including Malibu, downtown LA, and Pomona.

The Malibu party was held at a large, upscale home on Moonrise Dr. after it had been promoted on Instagram.

LASD showed up outside the home in the middle of the party, warning the crowd on a loudspeaker that "this is the LA County Sheriff’s Department. This superspreader party is now over. Anybody who refuses to leave will be subject to arrest."

Hundreds of people were ordered to leave the party immediately, those who refused were cited. 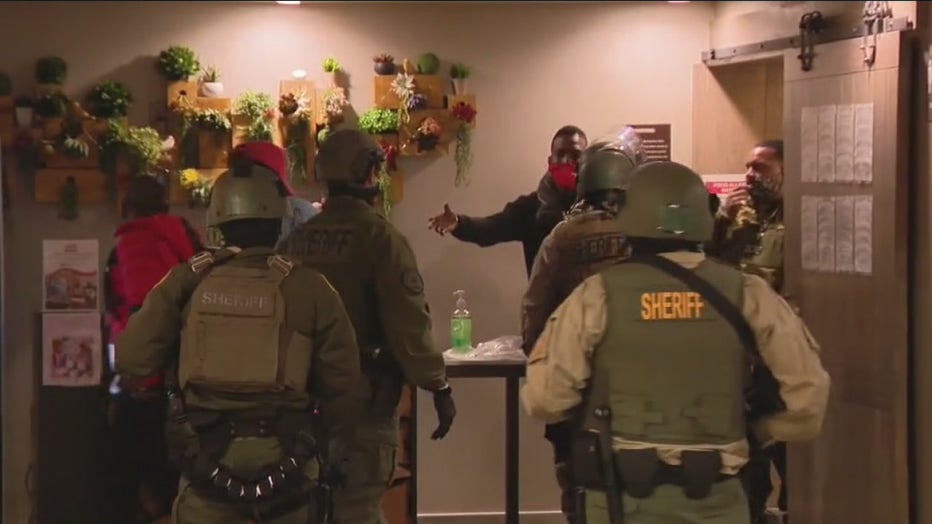 There were at least two arrests, and LASD says two guns were recovered.

"We are actively enforcing the superspreaders to protect against COVID," said Captain Holly Francisco. "Once we confirmed there was a party here, we had our super spreader task force respond and detain the occupants."

RELATED: LASD made 235 arrests this month in crackdown on superspreader events

FOX 11 was also at another large warehouse party in downtown LA with hundreds of people, also broken up by LASD.

As the crowd was kicked out and citations were being issued, gunshots could be heard in the distance, along with fireworks. 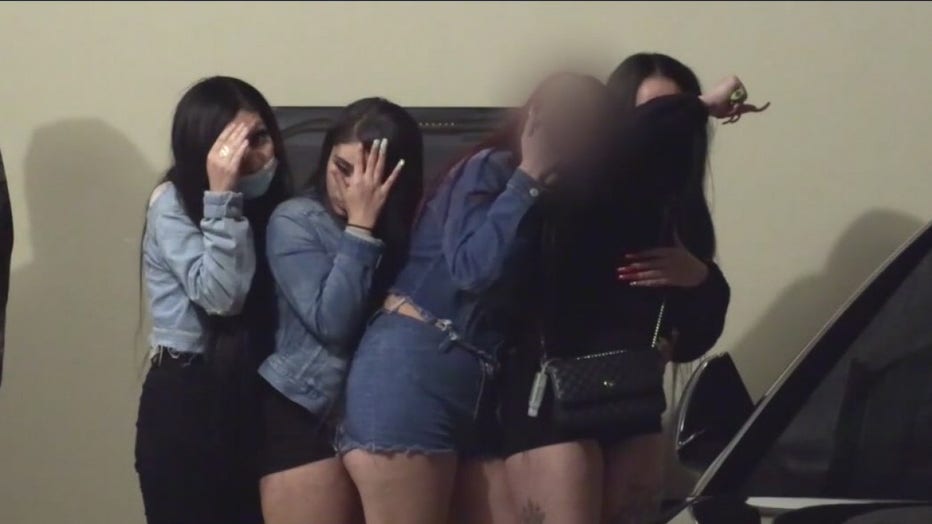 FOX 11 was also at a third NYE party in Pomona, held at a DoubleTree hotel.

An LASD Sheriff’s Response Team unit also showed up to break this party up, and dozens of people were cited or arrested.

"We’re going ahead and writing citations to the people that knowingly placed others in jeopardy by having a large gathering," said Lt. John Satterfield. "There was no social distancing, there were no masks, it was unsafe and irresponsible."