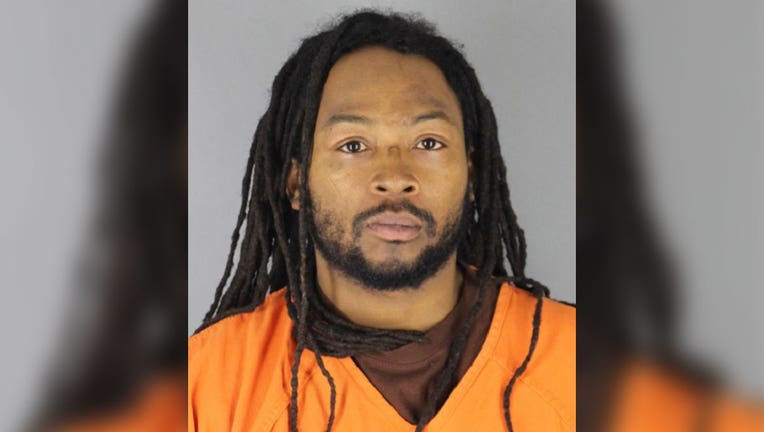 FOX 9 previously reported on the case against Carl Stanley Williams, and how he was behind bars, but not charged, before he allegedly attacked the female victim at her neighborhood gas station. Now that victim-survivor tells Paul Blume that Williams must remain locked up before he hurts anyone else.

"He has inflicted trauma on all his victims and we are all facing the same fear if he is to be released to the public," the woman said while asking to conceal her identity.

Just 11 days ago, it is alleged, she was forced into her car at gunpoint right after filling up with gas at a BP service station in south Minneapolis.

The suspect has since been identified as the 37-year-old Williams, who according to court documents, drove with her in the vehicle for some  ten minutes with the gun pointed at her back. He is then accused of sexually assaulting her before she was finally able to escape.

"He did it like he had done it multiple times," she said. "He did not come off like he did not understand. He understood exactly what he was doing."

Williams was eventually arrested and charged with first-degree criminal sexual conduct, first-degree aggravated robbery and kidnapping. Adding to the woman’s anguish and frustration was learning Williams was locked up barely two weeks prior during the last week of December when he was arrested for stealing a pickup truck from the Mall of America that he and a female accomplice allegedly drove into Minneapolis.

It's unclear what happened to the case as the Hennepin County Attorney’s Office reports it did not get the file until last Friday, Jan. 21. Prosecutors filed a single count of felony auto theft against him days later.

Without charges, Williams was allowed to leave the Hennepin County jail after his 36-hour arrest hold expired despite the fact he was already out on bail. Specifically. a zero-dollar conditional release that required he remains law-abiding and not possess a firearm in connection to a 2020 burglary where he was allegedly caught in the act, in an occupied home he had broken into.

His most recent victim said: "He should not be let out. That he has made enough problems for people, and he will make more problems for people in the future if this specific case especially is taken lightly because there will be potential future victims if he is let out again."

At the moment, Williams remains in jail. His current bail for the sex assault and kidnapping case is set at $500,000. The judge is also ordering a mental competency evaluation.

His victim-survivor believes Williams absolutely knew what he was doing to her, and now she will do everything she can, to make sure Williams is never allowed to hurt anyone else.

"I am going to watch every single thing that happens. And I am working to keep him locked up. That is my plan," she explained.

There are new questions about a suspect charged in a terrifying kidnapping and sex assault case in south Minneapolis on Friday, January 14th. One woman from Roseville asked us to conceal her identity, but told FOX 9’s Paul Blume that she was previously harassed and stalked by Carl Williams last fall.

One woman from Roseville, who asked us to conceal her identity, previously told FOX 9’s Paul Blume that she had been harassed and stalked by Williams last fall.

The woman lives in a garden-level apartment where she claims the stalking and harassment began in October. That is when a man she had never seen before was at her window seemingly every morning and evening, peering in, and eventually chasing her to her car with a gun.

She would get away, but so too would the suspect.

When the woman spotted the man back in the area soon after, she surreptitiously took a couple of photographs of him and posted them on Facebook hoping someone might identify him.

Eventually, a family member of the man, replied with his name, Carl Williams.

As soon as the Roseville victim saw Williams’ booking photo on the news, she knew.

"How is he able to keep doing this," she asked. "How did he get a hold of the lady if he is stalking? He is stalking. He should have been in jail."

Roseville’s deputy police chief acknowledged the department had taken several complaints from the woman, but said without a 100-percent, verifiable ID for Williams at the time, their investigators didn’t have enough to go on.

But records in Hennepin County show authorities had Williams locked up, in custody the last week of December.

Williams was jailed for 36 hours and then allowed to walk when prosecutors did not file any charges despite the fact Williams was already out on a $0-dollar conditional release for a prior burglary where he was allegedly caught red-handed in the home he had broken into. A spokeswoman for the Hennepin County Attorney’s office reports the office did not receive a case file from MPD until Friday, Jan. 21. Days later, prosecutors filed one count of felony auto theft against Williams, who at that point was already in custody on the sex assault and kidnapping allegations.

The Roseville victim believes the whole system failed. "Now that he did this to this lady, it’s like everybody is saying, ‘oh, ok, well he is crazy.’ I have been telling you guys that for months and if you would have taken me seriously and looked at me as a human being that was really in fear, he wouldn’t have been able to do that to her."

Roseville police have said they are forwarding a harassment and stalking case to local prosecutors for possible additional charges based on the woman’s allegations from last fall.