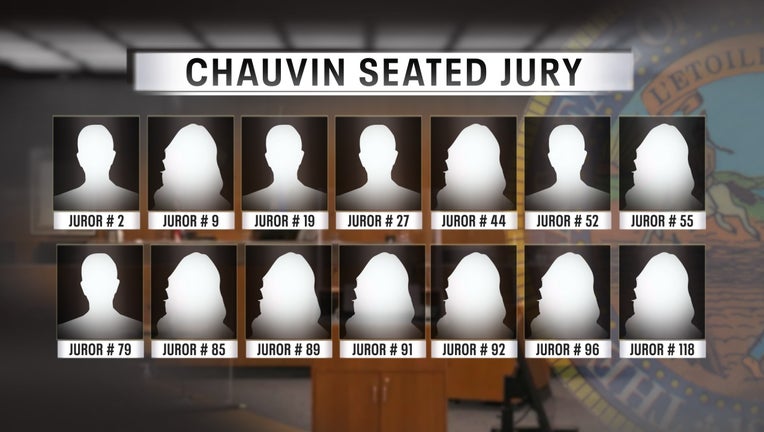 In the Derek Chauvin trial, there will be 12 jurors and 2 alternates. (FOX 9)

MINNEAPOLIS (FOX 9) - A roughly 20-minute break needed to be taken Wednesday morning during the trial of Derek Chauvin when a juror appeared to become briefly ill.

At 10:07 a.m., the juror stood up and waved her hand, gesturing toward the door. The pool court reporter noted the woman seemed flushed, appeared to be fanning herself and had a hand on her stomach. The court took a break.

Around 10:30 a.m., Judge Peter Cahill spoke with the woman, referred to as Juror 44, to determine what happened. Juror 44 is a white woman in her 50s who works in for a nonprofit. The rest of the jury was not present during this questioning.

When Cahill asked her if her apparent illness was a "stress-related reaction," she agreed.

The juror explained she has had trouble sleeping and has been awake since 2 a.m.

RELATED: Derek Chauvin Trial: Who are the selected jurors?

She declined medical attention and said she felt she would be "okay going forward."

Following the incident, the court seated her closer to the door for quick bathroom access if needed. Court resumed shortly after.

The trial is being streamed live on fox9.com/live.