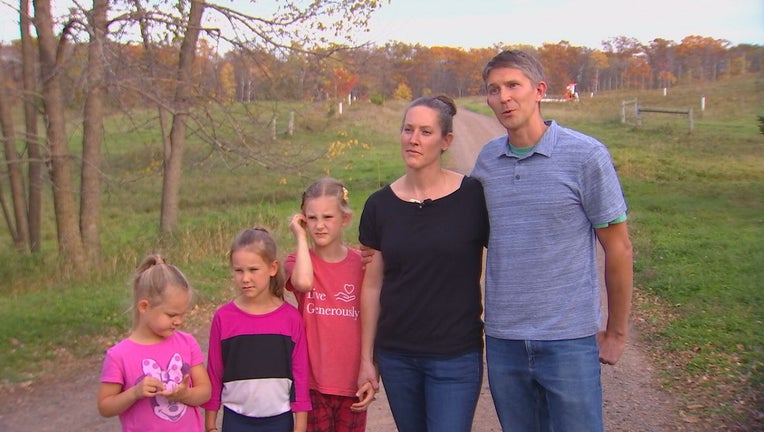 The Crismans are feeling disconnected after their township is taking away their road. (FOX 9)

(FOX 9) - UPDATE: A Hillman Township meeting on the court decision was adjourned on Tuesday, November 16 with no decisions or announcements on the matter after the court ruling. The town said they would discuss privately with the family about the next steps.

A judge has ordered a rural Minnesota town north of the Twin Cities must resume maintenance to a road after it initially decided it would end service, thus leaving a family stranded.

A judge has ordered a rural Minnesota town north of the Twin Cities must resume maintenance to a road after it initially decided it would end service, thus leaving a family stranded.

In October, the Crisman family told us about their fight with the City of Hillman Township, a small town just north of Mora.

The Crismans told FOX 9 that the trouble began in 2017 when they asked the town to maintain the entirety of their road, Hornet Street. The Crismans say town maintenance always stopped short of their driveway at the end of the road.

However, when the Crismans asked for full maintenance, the town said no. The family ended up putting $20,000 of their own money to fix up the road themselves. They also started handling snow removal on their own.

Family fights to keep only road leading to their house in Kanabec County, Minnesota

A family fights to keep the only road leading to their house in Kanabec County, Minnesota.

The town claimed that Hornet Street hadn't been maintained in 40 years and so the ownership of the road had reverted back to its owners, the Crismans' neighbor. That left the family without access

The Crismans sued over the decision but a judge initially ruled against them. This week, however, ruling on an amended filing, a judge ruled in favor of the Crismans.

In the new decision, the judge says a law that allows towns to abandon roads does not explicitly allow leaders to abandon only a section of a road:

"Hornet Street is the only means of access to the home and not maintaining just the last quarter mile knowing that a family is living on the property is unreasonable and cannot be what the legislative scheme anticipated."

As part of the granted order, the town must resume maintenance of the road and remove posts that had been put up by a neighbor.