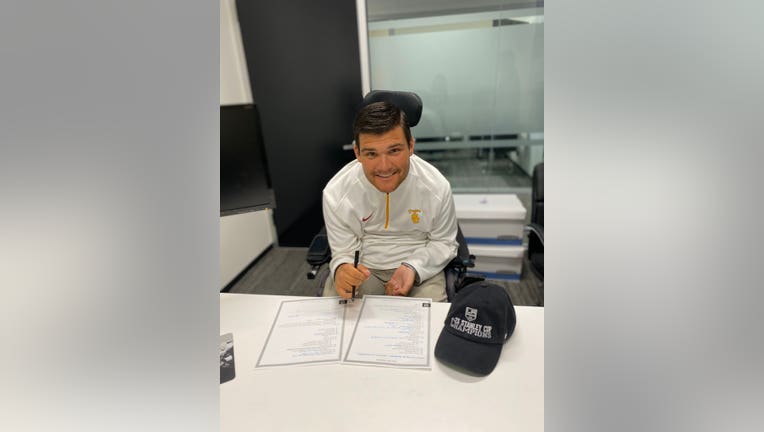 (FOX 9) - A former Minnesota high school hockey player who became paralyzed from an injury during a game is getting a chance to live out his NHL dreams.

Thursday, Jack Jablonski tweeted photos of himself filling out the paperwork for his new job with the Los Angeles Kings. The recent University of Southern California graduate will be starting a full-time job as a content coordinator for the Kings. He will be working in podcasting, radio and television.

“It’s been a long time going, but at the same time, you know the journey is full of ups and downs and obviously this is one of those ups,” he said.

In 2012, Jablonski was playing for Benilde-St. Margaret’s when an injury left him quadriplegic. Since the injury, Jablonski has dedicated himself to recovery as well as helping create a charity foundation to support spinal cord injury research.

While his new gig with the Kings isn’t a player contract, Jablonski says he’s thrilled to be a part of the game he loves on a professional level.