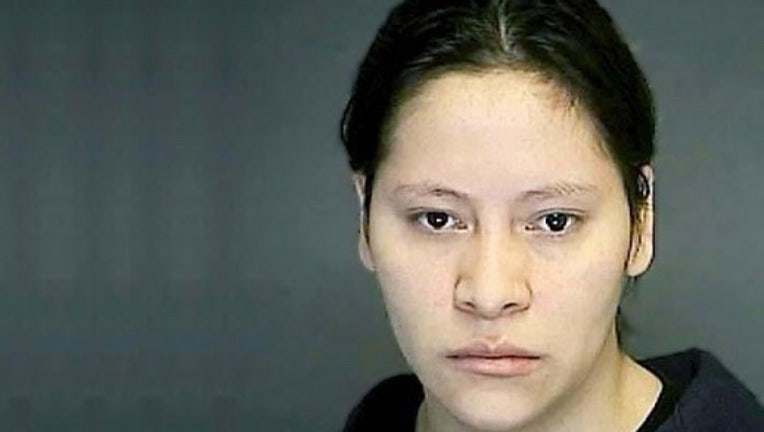 Olga Franco, 35, was previously deported after serving an 8-year sentence in Minnesota for killing 4 kids in a school bus. (Washington County Jail / FOX 9)

MINNEAPOLIS (FOX 9) - Olga Franco del Cid has been arrested again in Minnesota, three years after she was deported after serving prison time for killing four children in an accident with a school bus in Cottonwood.

The Washington County Sheriff's Office confirms Franco was released to immigration officials this morning after she was arrested in her Inver Grove Heights home Tuesday evening.

Olga Franco del Cid has been arrested again in Minnesota, three years after she was deported after serving prison time for killing four children in an accident with a school bus in Cottonwood. &nbsp;

Franco, 35, was convicted of killing four kids in a school bus after the minivan she was driving ran a stop sign on Lyon County Road 24 on February 18, 2008. She initially claimed her then-boyfriend was driving the minivan. Franco was in the U.S. illegally and gave police an assumed name.

Franco served eight years in prison for four counts of criminal vehicular manslaughter. Upon her release in May 2016, she was deported back to Guatemala. In 2009, the St. Paul Pioneer Press reported that Franco del Cid married a St. Paul man who had been writing to her.

ICE officials aren't sure how long she had been in the United States before the recent arrest.

"It appeared she was trying to move residences quickly," said ICE Deputy Field Office Director Shawn Byers. "So, we believe she may have been tipped off that we were looking for her and trying to flee but that's all speculative at this point."

"This individual has committed a very serious crime in this state," added ICE Public Affairs Officer Shawn Neudauer. "Beyond serving her sentence, there is a penalty for coming back after you've been told you have to leave."