A study published this week suggests that petting your dog could bring more than a smile to your face — it may also improve your attention span and motivation levels.

The study, published in the PLOS journal, looked at 21 people who participated in six sessions. In three of those sessions, participants had contact with a dog. In the other three, it was a stuffed animal. Researchers said both interactions increased prefrontal brain activity — an area of the brain that controls critical functions including emotions, attention span, memory and impulse control. But petting a dog invoked more prefrontal response than petting a plush animal.

"From watching the animal to feeling it passively to actively petting the animal, the interactional closeness increased and, with it the intensity of stimulation as well as the number of senses involved," researchers said.

The dogs used in the study were a 6-year-old Jack Russell terrier, a 4-year-old goldendoodle and a 4-year-old golden retriever. All had been trained to work with patients in a hospital setting. Researchers tried to make the plush animal more life-like by inserting a bottle of warm water to simulate the body temperature and weight of a dog. 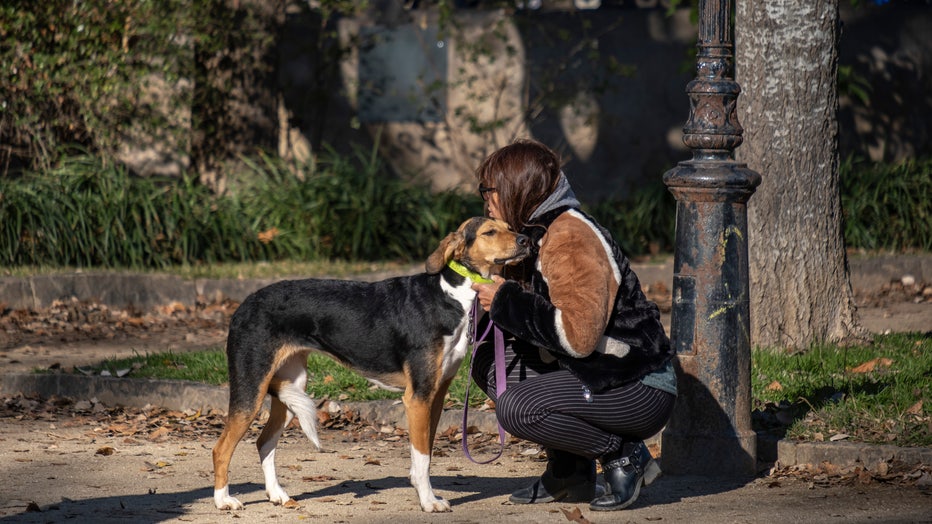 Researchers concluded that the brain stimulation felt by regularly petting a dog could translate to improved cognitive function down the road.

"The results are clinically relevant for patients with deficits in motivation, attention, and socioemotional functioning. Integrating animals into therapeutic interventions might therefore be a promising approach for improving emotional involvement and attention," researchers said.

Dogs get emotional, too 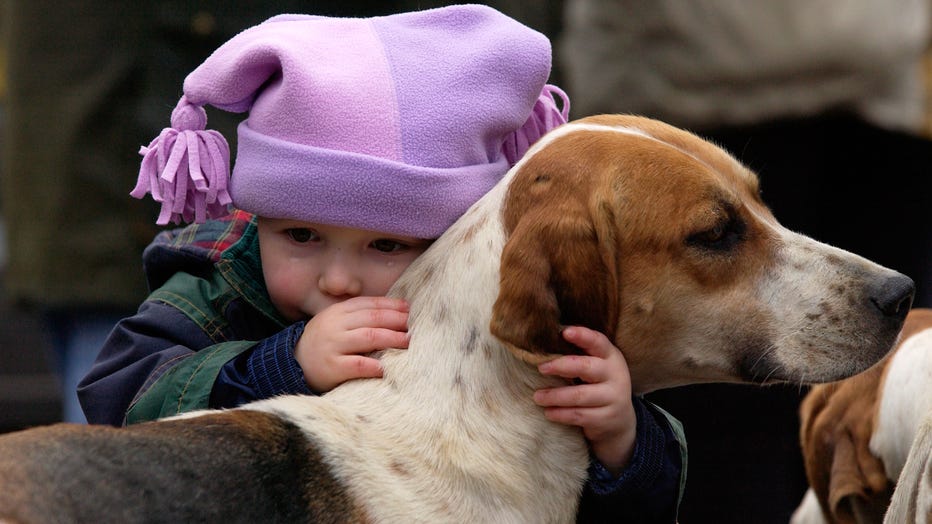 Another recent study concludes that dogs, too, get emotional when responding to their humans.

The study, published in Current Biology, said the eyes of man’s best friend can well up with tears of joy regularly when reunited with their owner.

RELATED: Service dogs: Taking a look at the work needed to train a dog to help those with disabilities

"We found that dogs shed tears associated with positive emotions," Takefumi Kikusui of Azabu University in Japan said. "We also made the discovery of oxytocin as a possible mechanism underlying it."

RELATED: Pugs are so unhealthy they can’t ‘be considered a typical dog,’ study says

On the flip side, researchers haven’t yet tested whether dogs produce tears in response to negative emotions or if they get back together with other dogs.