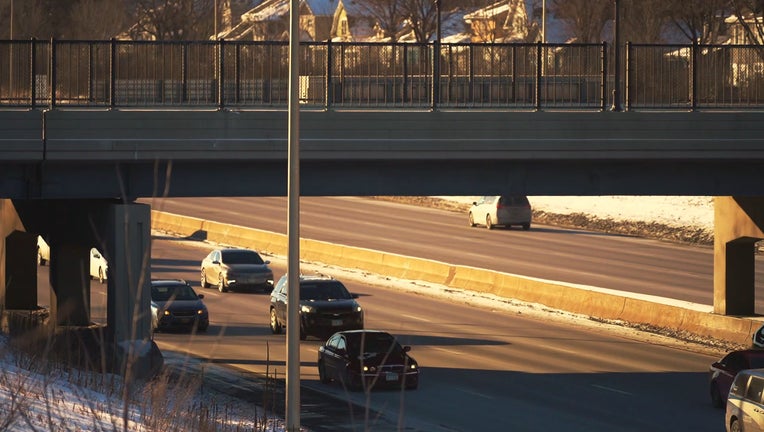 The construction of I-94 split up a once-thriving Black neighborhood in St. Paul. Now decades later, a group thinks it can take a big first step in restoring Rondo.

ST. PAUL, Minn. (FOX 9) - If you’ve ever driven on I-94 through St. Paul, you traveled through an ugly chapter in the city’s history.

When the interstate was built, the highway ripped the heart out of the Twin Cities Black community, scattering hundreds of families and shattering their hopes of achieving the American dream.

If you’ve ever&nbsp;driven on I-94 through St. Paul, you traveled through an ugly chapter in the city’s history.

The Rondo neighborhood of St. Paul was once a thriving oasis for Black families, churches and businesses that eventually paid the price for progress.

Nathaniel Khaliq was raised by his grandparents in a house in the neighborhood. He said he felt safe and "very much loved" in the place he grew up, but said there was racism all around him, even if it didn’t directly affect him at the time.

However, that idyllic childhood was shattered when was about 13 years old as police forcibly evicted his 80-year-old grandfather, Rev. George Davis, and his blind grandmother Bertha from their home because they refused to evacuate to make way for the construction of I-94.

"I cried because I was confused and didn’t know at the time what was going on," said Khaliq. "It’ was a very traumatic experience. I think it has caused generational trauma. One moment you are there you are feeling safe. Everything you think you need in life is all there and the next it’s all gone."

From the beginning, the Rondo neighborhood, which was bordered by Lexington Avenue on the west, Rice Street on the east, University Avenue on the north and Marshall Avenue on the south, was a haven for people of color.

At its peak from the 1930s to the 1950s, it had Black-owned grocery stores, credit unions and social clubs. At one point, half of the city’s Black population lived within its boundaries.

The Federal Aid Highway Act of 1956 provided funding for cities to create a network of freeways across the country. So, the state of Minnesota decided to build a 13-mile connection between downtown Minneapolis and St. Paul. A proposed northern route, along abandoned railroad tracks near Pierce Butler Road, would have been less disruptive to neighborhoods, but a more central route, right through the heart of Rondo, was chosen.

University of St. Thomas Law Professor Dr. Artika Tyner said the move followed a pattern seen in other cities, too.

"Often times, the African American community is seen as the path of least resistance," she said. "That there won’t be that level of engagement to challenge a policy and make sure it’s the most equitable solution."

Many families didn’t receive fair market value for their homes, and because of discriminatory housing practices like redlining and restrictive covenants, they had limited choices of where they could move.

Marvin Anderson says his father built a dozen apartment homes with a group of railroad workers in Rondo, but they only received a fraction of what the buildings were worth when they were taken down.

"It shook his belief in the fairness of the system," said Anderson. "And I think that was something he took very hard, very personally, and I think it just kind of changed him."

Years later, Anderson co-founded the Rondo Days Festival to celebrate the spirit of the neighborhood and pushed for the creation of a commemorative plaza to honor its history.

Now, the group called Reconnect Rondo has a plan to right a wrong and make up for some of the racial injustices of the past.

They want to put a cap over a portion of I-94 and build a land bridge several blocks-long with affordable housing, green space, a museum and a marketplace that would re-link both sides of the neighborhood cut in half by the freeway and restore a community destroyed 60 years ago.

"More than anything, it would be a symbol or model for the reconciliation and the rekindling that needs to happen in our greater society right now," said Anderson. "Where people of all races can come together and live in the spirit of Rondo in an exuberance of joy. A community dedicated to the spirit of Rondo. The safety, the haven of Rondo."

Khaliq says restoring Rondo won’t be as easy as refurbishing the table his grandmother had in their old house in the neighborhood’s "Cornmeal Valley."

"It will never replace what we had," he said. "The spirit, the brotherhood, sisterhood, family connection. But I think it’s a start."

Some think, however, that there’s a way to build a bridge from Rondo’s past to a better future.