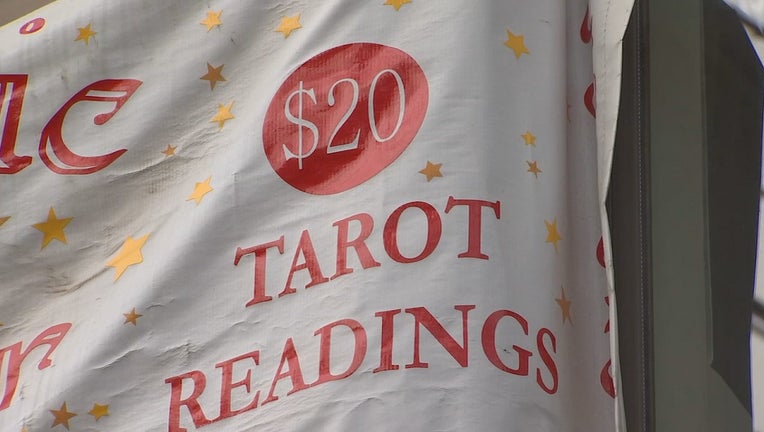 A sign advertising offerings from a "psychic" in Hopkins. (FOX 9)

(FOX 9) - A Hopkins psychic accused of swindling $130,000 from customers with promises to lift curses has pleaded guilty.

Cynthia Evans, also known as Psychic Cynthia, stole from, manipulated and targeted vulnerable adults who visited her business, scamming people out of thousands of dollars.

Evans has pleaded built to two counts of felony swindle. As a result, she will serve a maximum of 90 days in jail and be on probation for five years, court documents show.

Evans was charged last year. At the time, Hopkins Police said they’d gotten a number of complaints from her customers over the years but couldn’t prove any crime. That was until a man came forward with details of how he spent nearly $88,000 over two years, some of it borrowed on credit, some of it secretly taken from his mother’s retirement accounts, on Evans' psychic services.

He said he felt coerced into all of it, with police noting he has a developmental disability and is considered a vulnerable adult, court documents said.

On Wednesday, the Hopkins Police Department posted on Facebook saying, "After two years of investigation, hundreds of case documents, dozens of police reports, and endless follow up, HPD can now update that former Hopkins business owner Cynthia Evans AKA "Psychic Cynthia" has pled guilty to two counts of felony theft by swindle."