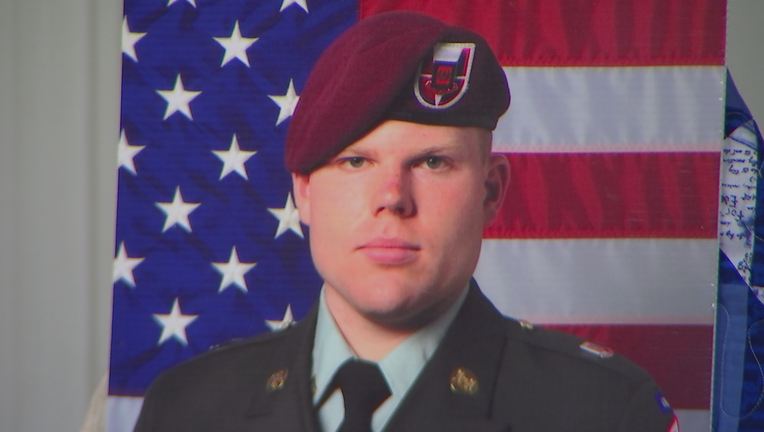 Ryane Clark died in the line of duty nine years ago and this week, a highway in Kandiyohi County was dedicated to him. (FOX 9 Minneapolis-St. Paul)

NEW LONDON, Minn. (FOX 9) - Nearly a decade after a Minnesota war hero died defending his country, his parents saw a stretch of highway in his hometown named in his honor.

Ryane Clark enlisted in the Army National Guard after graduating from New London-Spicer High School. He was killed by a rocket propelled grenade while serving in Afghanistan in 2010.

Nearly a decade after a Minnesota war hero died defending his country, his parents saw a stretch of highway in his hometown named in his honor.

“Our hope is that we have paved the way for others to have their loved ones honored,” said Tracy Clark, Ryane’s mother. “I just want everyone to remember our fallen.”

Before joining the military, Clark always showed a heart for others. 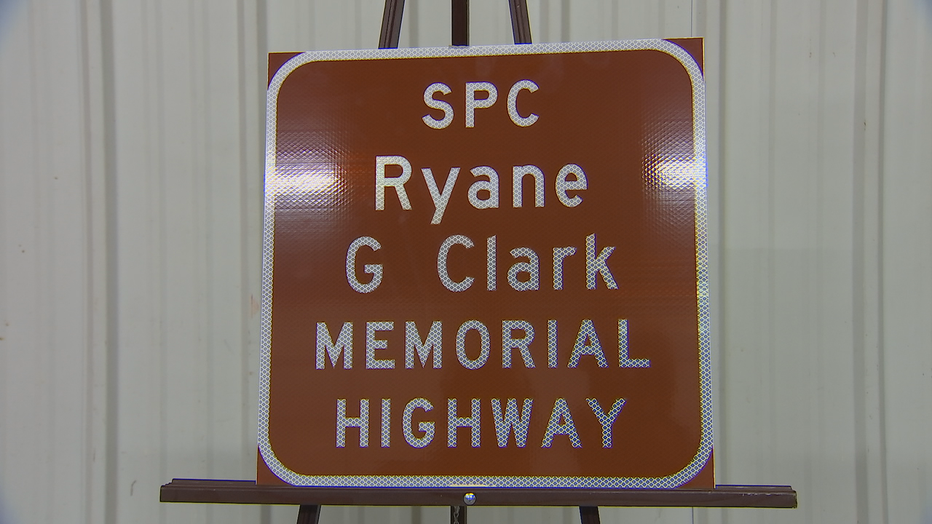 This sign will honor the late Ryane Clark on Hwy. 23 in Kandiyohi Co. (FOX 9 Minneapolis-St. Paul)

“I’m pretty proud of Ryane for what he stands for and what he’s done and what he accomplished in the short time of being here,” said Rick Clark.

When Clark was a kid growing up in Kandiyohi County, his 10-year-old friend Cody Berg was hit and killed while riding his bike along Hwy. 31.

“Ryane kept seeing cars parking alongside our road and unloading bikes and children and he thought someone else was going to get hurt,” Tracy Clark said.

The tragedy prompted Clark to make it his Eagle Scout project to build a parking lot near the bike trail. It’s a goal his parents saw through after he was killed.

“It helps us heal,” Tracy Clark said. “Ryane wanted everyone to be safe and now they’re safe and our community can be safe by having a safe place to park.”

Now, the final piece in their healing is seeing the stretch of Hwy. 23 between Spicer and New London renamed, “Specialist Ryane G. Clark Memorial Highway.”

“You might have lost a loved one in the line of duty,” said Rick Clark. “Say their name out loud. Tell their stories. Because their stories are powerful.”

It was the story that Clark was not done writing, but that his parents finished telling.