The NASA team celebrates as NASA’s Perseverance rover, the biggest, most advanced rover to date, successfully lands on Mars. It will go on to search for signs of ancient life on the red planet.

NASA’s Perseverance rover, the biggest, most advanced rover to date, has successfully landed on Mars. It will go on to search for signs of ancient life on the red planet.

The landing happened at 3:55 p.m ET. Ground controllers at the space agency's Jet Propulsion Laboratory in Pasadena, California, celebrated as the rover's touched the surface of the red planet.

The NASA team celebrates as NASA’s Perseverance rover, the biggest, most advanced rover to date, successfully lands on Mars. It will go on to search for signs of ancient life on the red planet.

Hundreds of critical events had to be executed perfectly and exactly on time for the rover to land safely. It took a tension-filled 11 1/2 minutes for the signal to reach Earth. 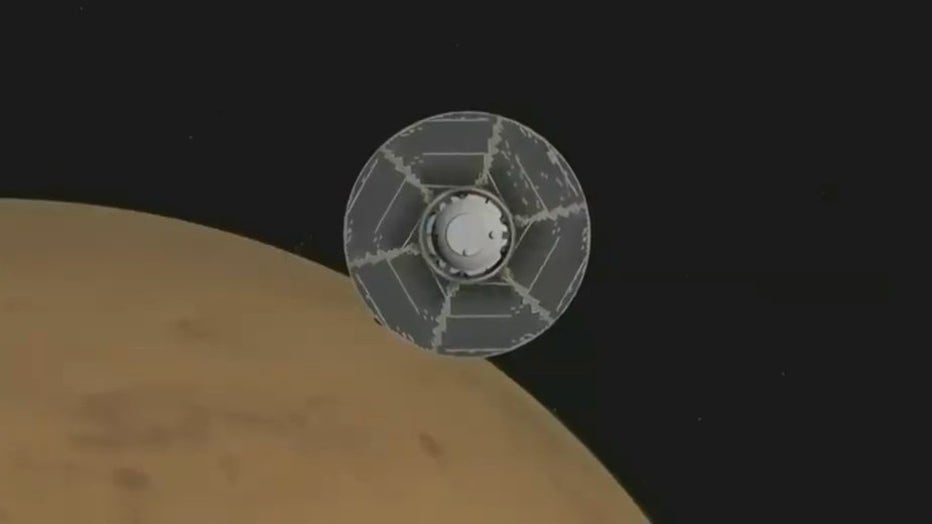 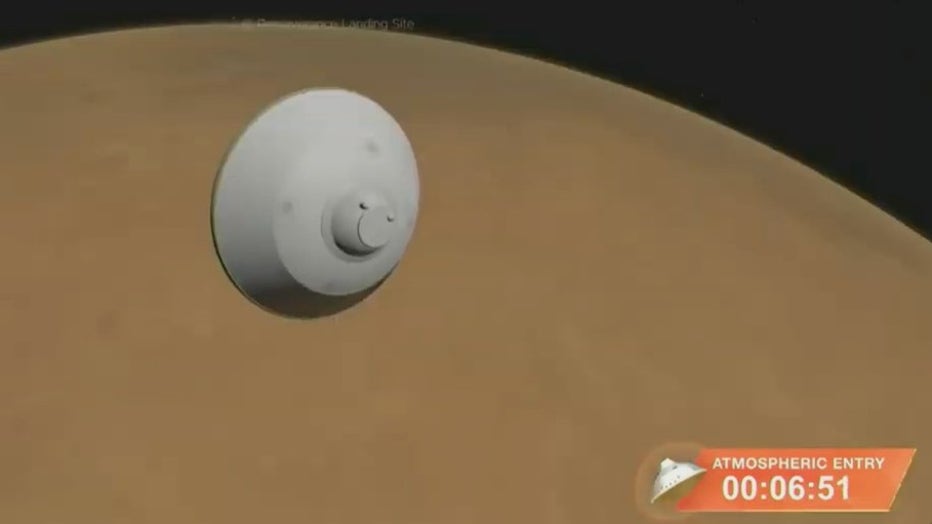 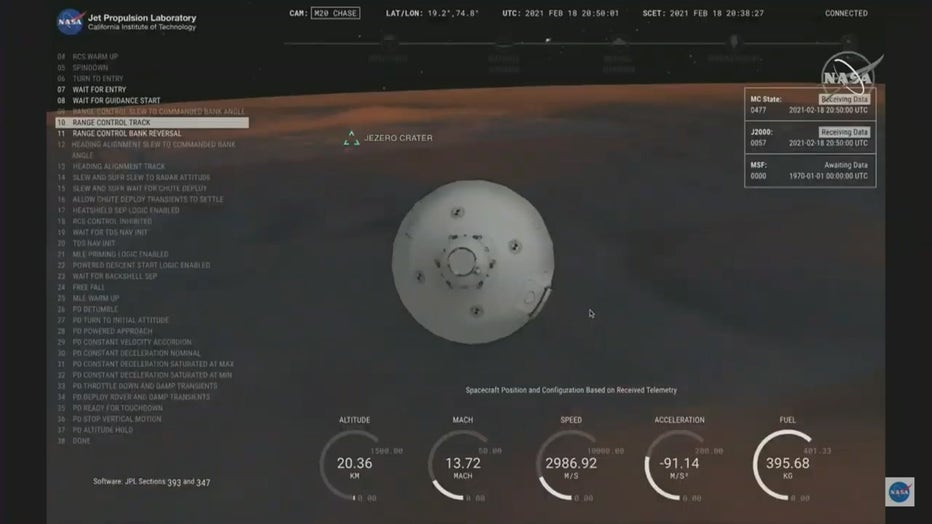 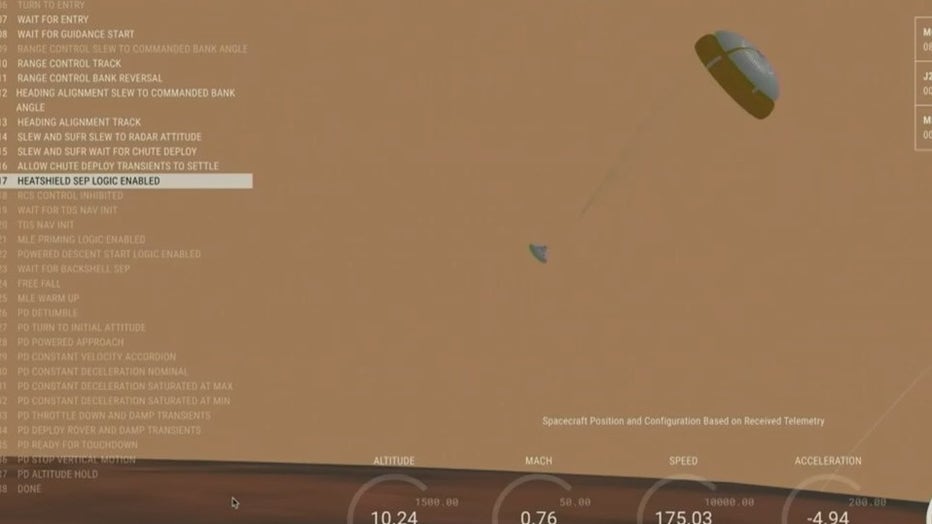 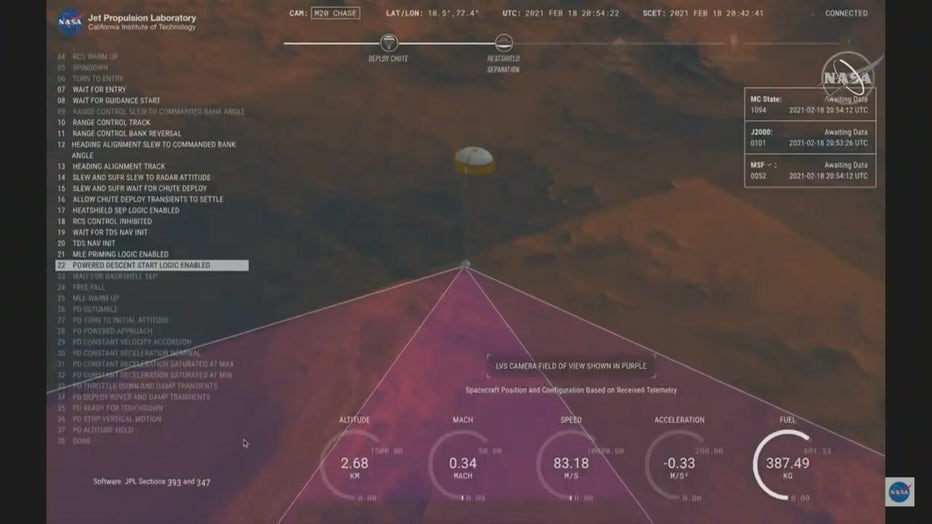 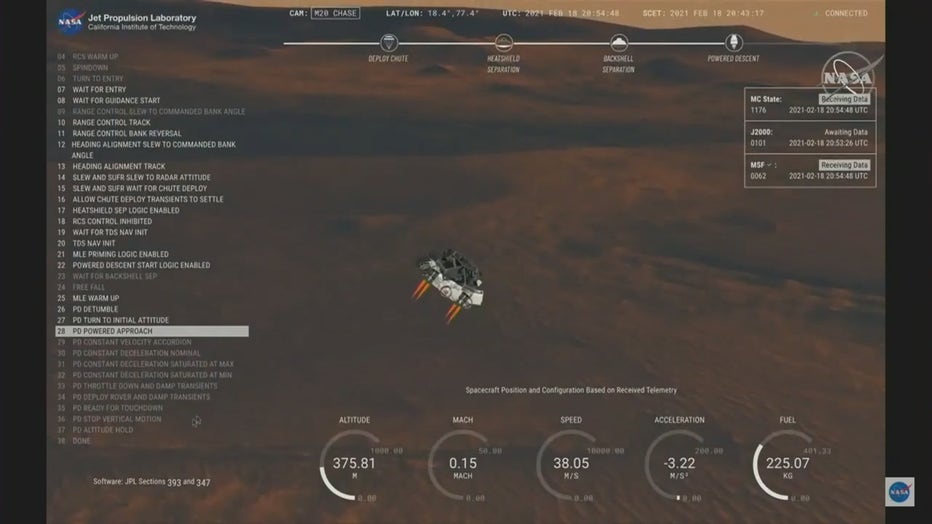 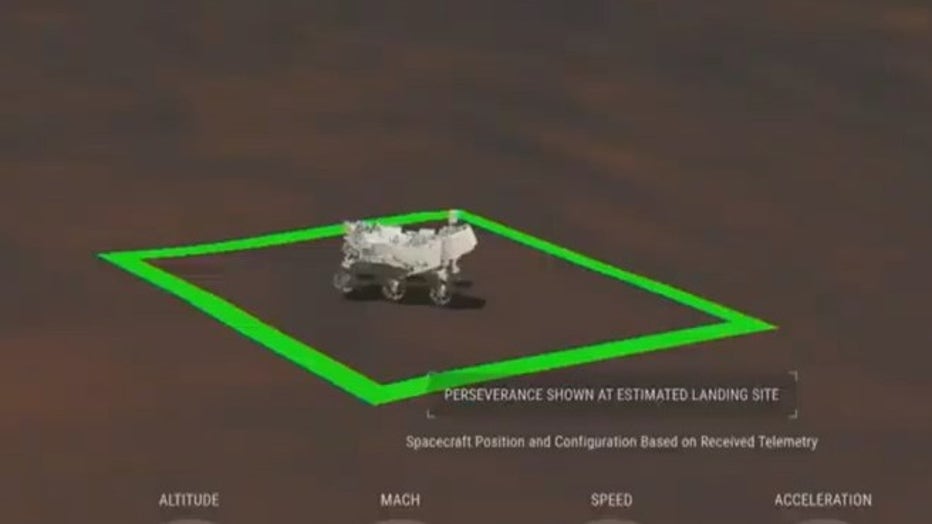 Within minutes of landing, the first two photos from Mars came into the station. 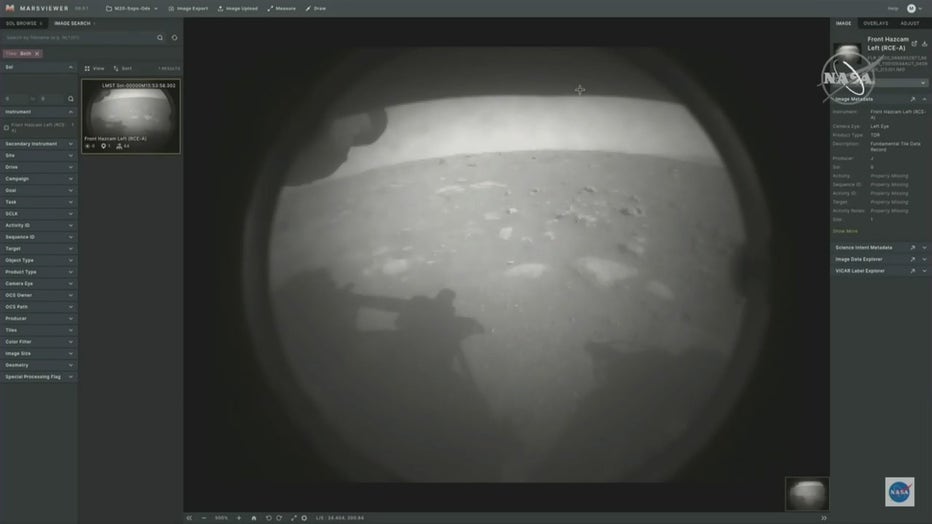 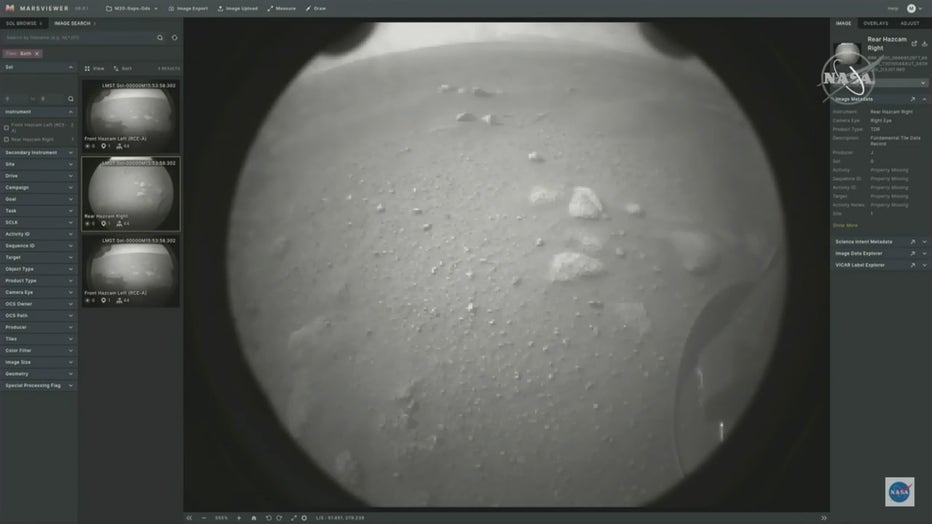 Percy, as it is nicknamed, lifted off in July from Cape Canaveral, Florida to take advantage of the close alignment of Earth and Mars, traveling some 300 million miles in nearly seven months. The rover stood to become the ninth spacecraft to successfully land on Mars, every one of them from the U.S., beginning in the 1970s.

The car-size, plutonium-powered rover was aiming for NASA’s smallest and trickiest target yet: a 5--by-4-mile strip on an ancient river delta full of pits, cliffs and fields of rock. Scientists believe that if life ever flourished on Mars, it would have happened 3 billion to 4 billion years ago, when water still flowed on the planet.

Over the next two years, the six-wheeled vehicle will use its 7-foot arm to drill down and collect rock samples with possible signs of bygone microscopic life. Three to four dozen chalk-size samples will be sealed in tubes and set aside on Mars to be retrieved by a fetch rover and brought homeward by another rocket ship. The goal is to get them back to Earth as early as 2031. 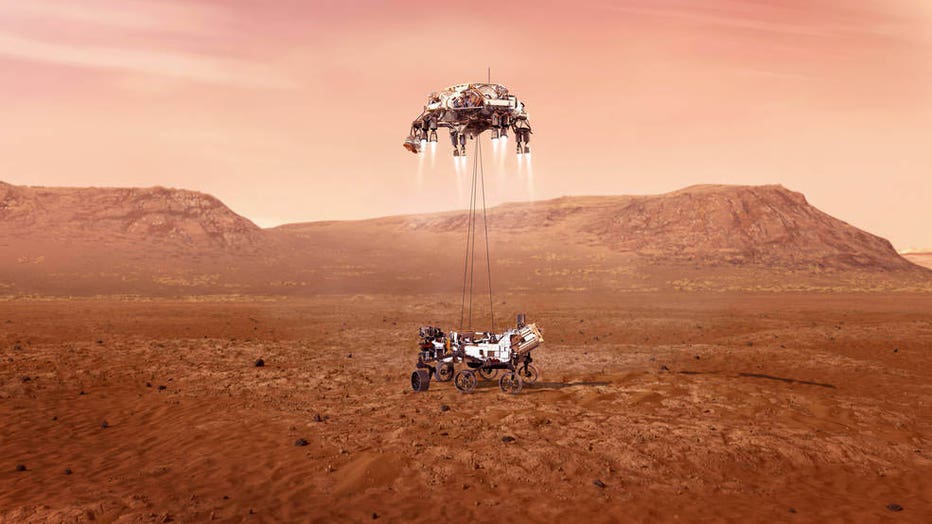 An illustration of NASA’s Perseverance rover landing safely on Mars. Hundreds of critical events must execute perfectly and exactly on time for the rover to land safely on Feb. 18, 2021. (Photo credit: NASA/JPL-Caltech) 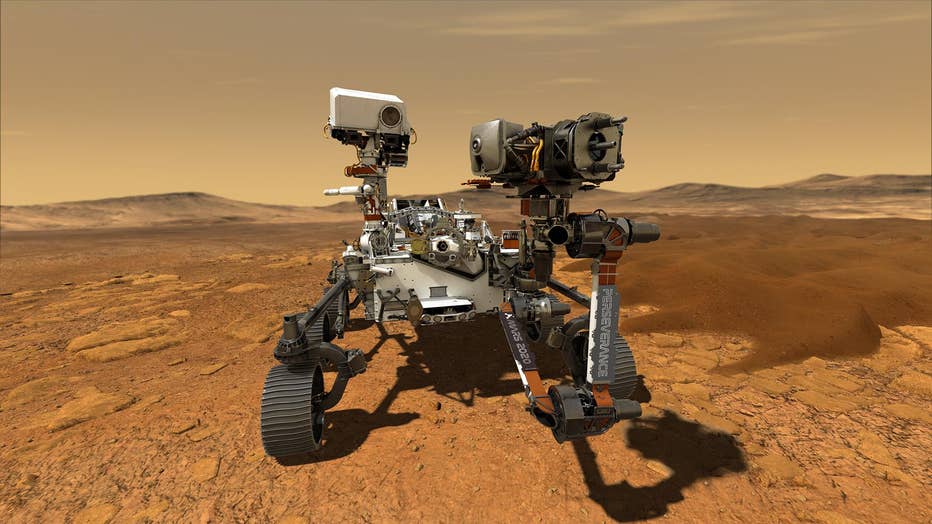 This illustration depicts NASA's Perseverance rover operating on the surface of Mars. Perseverance will land at the Red Planet's Jezero Crater a little after 3:40 p.m. EST (12:40 p.m. PST) on Feb. 18, 2021. (Source: NASA)

Scientists hope to answer one of the central questions of theology, philosophy and space exploration.

"Are we alone in this sort of vast cosmic desert, just flying through space, or is life much more common? Does it just emerge whenever and wherever the conditions are ripe?" said deputy project scientist Ken Williford. "Big, basic questions, and we don’t know the answers yet. So we’re really on the verge of being able to potentially answer these enormous questions."

What will the Perseverance rover do on Mars?

The pre-programmed spacecraft was designed to hit the thin Martian atmosphere at 12,100 mph, then use a parachute to slow it down and a rocket-steered platform known as a sky crane to lower the rover the rest of the way to the surface.

Its landing marks the third visit to Mars in just over a week, as two spacecraft from the United Arab Emirates and China swung into orbit around the planet on successive days last week.

China’s spacecraft includes a smaller rover that also will be seeking evidence of life — if it makes it safely down from orbit in May or June.

The FOX TV Stations Digital Team and Associated Press contributed to this report.