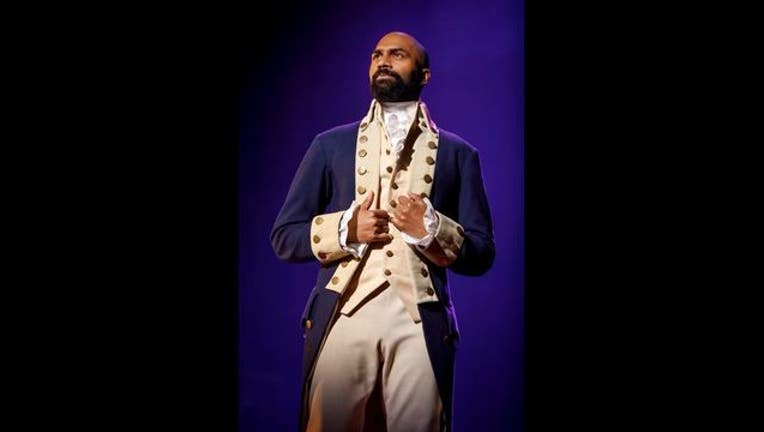 Nik Walker, who plays Aaron Burr in the touring production of "Hamilton." Photo courtesy of the Hennepin Theatre Trust.

MINNEAPOLIS (KMSP) - The cast of “Hamilton” is settling in for a six-week stay in Minneapolis—and one of the show’s stars is already giving the Twin Cities high marks.

Nik Walker plays Aaron Burr in the Tony Award-winning musical. On opening night, he posted to Twitter, “Only been here 10 minutes and already this light rail is nailing it.”

After the first show, he posted that Hennepin Theatre “feels like a dang rock show. Audience is lit—wouldn’t mind if y’all made this a habit.”

He also checked out the new downtown YMCA and the Bob Dylan mural, posting rave reviews of both.

Hamilton runs through Sunday, Oct. 7 at the Orpheum Theatre in Minneapolis.